Search Features
Search Conversations
You are here: Home > Latest Reviews & Features > Are we headed for a property boom?

Are we headed for a property boom?

Call it the Boris Bounce or the Brexit effect, but property markets across the country are on the move. So what’s in store for Nappy Valley? Georgina Blaskey caught up with the area’s leading estate agents to find out whether now is the time to put up a For Sale sign or to put in an offer 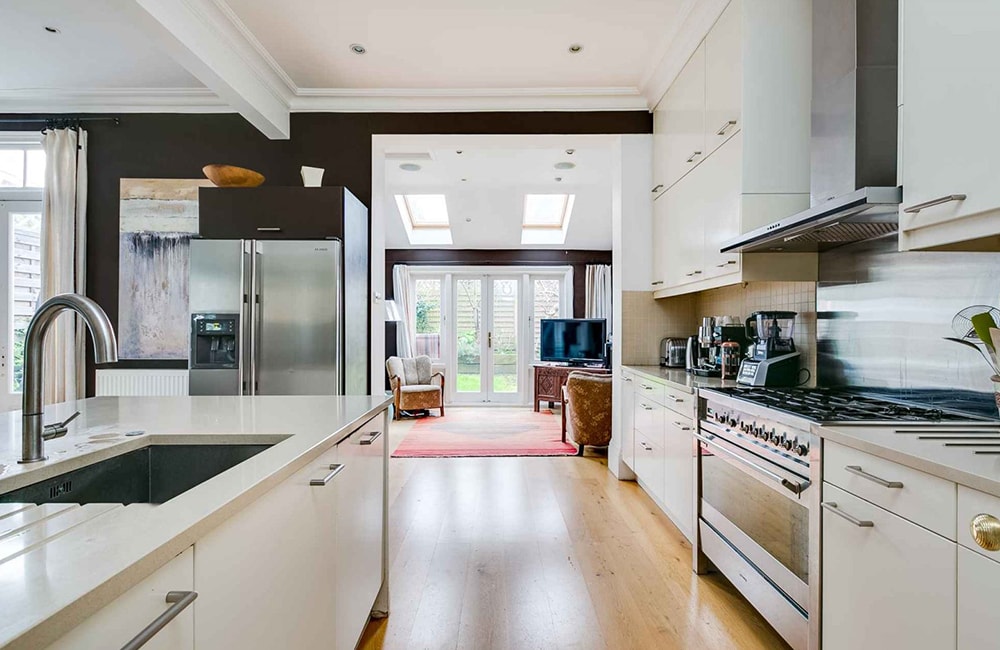 Austin Thorogood of John Thorogood has noticed a significant change in asking prices in the last few months, although he doesn’t put this all down to the Boris/Brexit effect. “Asking prices are undoubtedly higher in January but this is not uncommon versus the preceding autumn, and it’s often down to over-zealous estate agents chasing new business.” However, there has certainly been a ripple of confidence since the Conservative majority at the end of last year. “Numbers of new valuations have increased due to more confidence post-election and stock levels of properties coming onto the market are slowly increasing.” 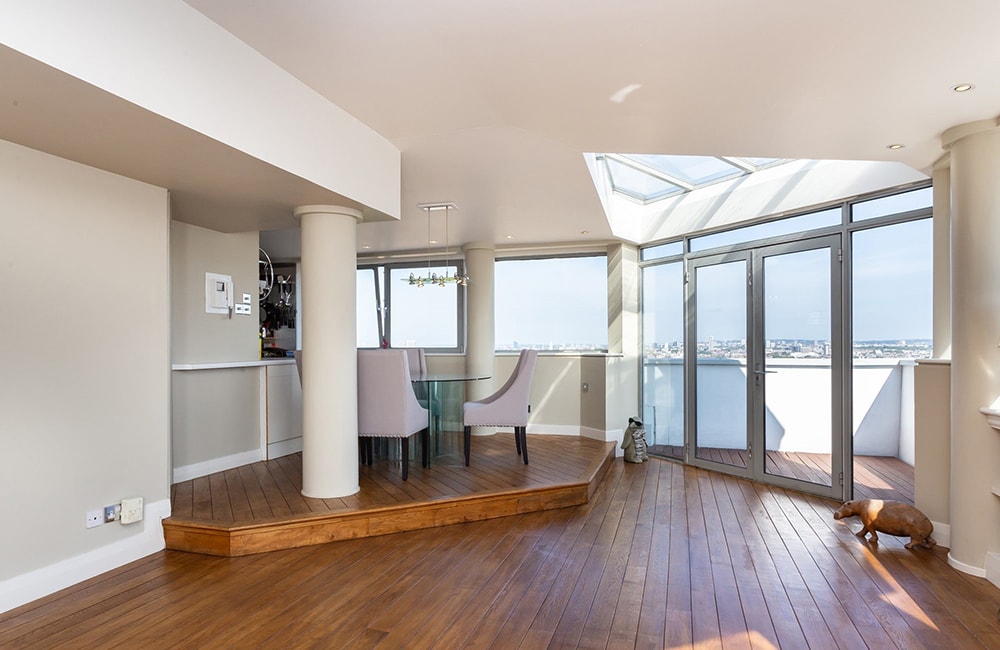 Jack Miles of Portico observes that “the market has certainly seen an increase in activity and prices gradually increasing. There seems to be a feeling of cautious optimism with the ‘hangover’ of late 2019 still in the air. However, Wandsworth as a borough has seen prices rise year-on-year by 1.8%, according to a report from The Evening Standard published this month.”

Potential buyers are on the rise

Lack of stock is also a factor of price rises, according to Charles Streatfeild of Marsh & Parsons, as the number of buyers increases but stock levels are yet to catch up. “New buyers registering with us this January (2020) compared to January 2019 is eight times higher,” he explains. “We have seen an excellent increase in potential buyers since Christmas,” states Jack. “We saw an increase of 33% in mid-January, which was a greater increase than over the whole of 2019.” 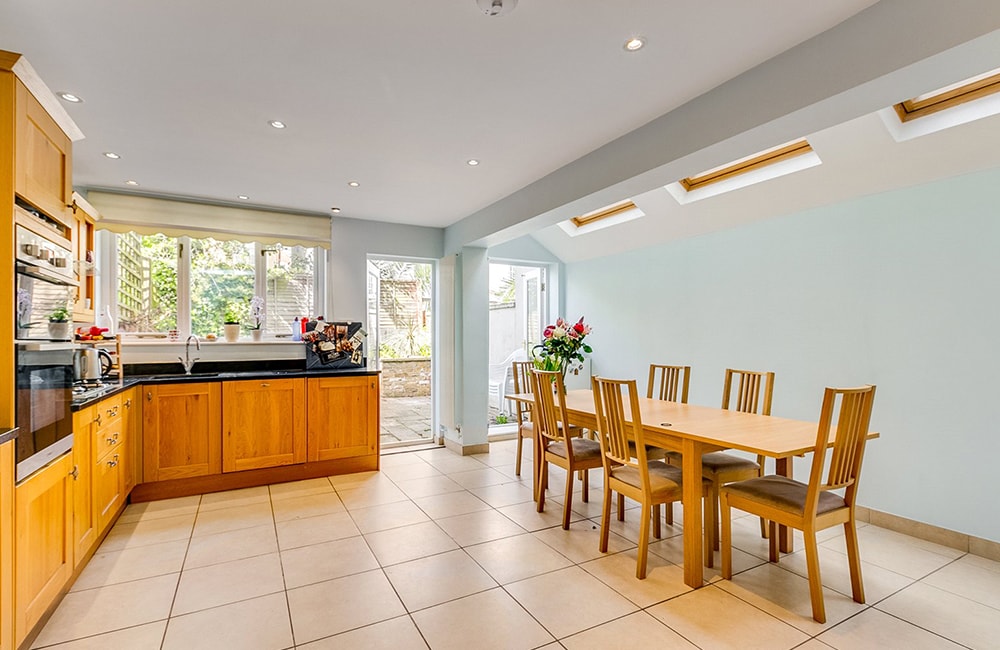 Austin agrees: “The key difference is the number of new buyers registering with us. I’d say we’re 30-40% up on last year for the month of January for enquiries from family house buyers and even more since November/December. Stock levels are slowly increasing but not at the same rate. The end result is buyers chasing after the same good quality properties (modernised or unmodernised).” A recent new property on Austin’s books saw 20 viewings in the first four days of it being on the market! 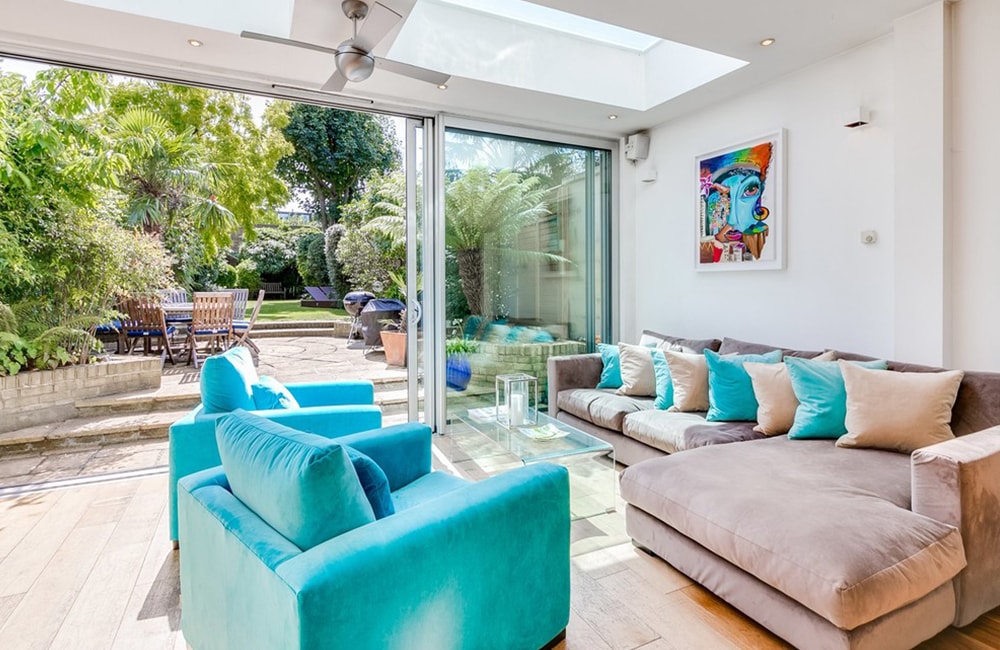 Patrick Rampton of Rampton Baseley is confident in the rejuvenated market, but says much of this is down to supply and demand rather than politics. “Stock levels are down roughly 50% and buyer registrations up about 100%. It’s extremely competitive – a good house is going for 5-7% more than it was 6 months ago. The pent-up demand created by Brexit dithering has been released.”

Sellers are biding their time

“Undoubtedly people have been waiting for or speculating about the right time to sell for some time (if there ever is one!)”, explains Austin, “and with a larger majority in government than we’ve had in decades, certainty and confidence seems to have been restored – at least for the time being.” 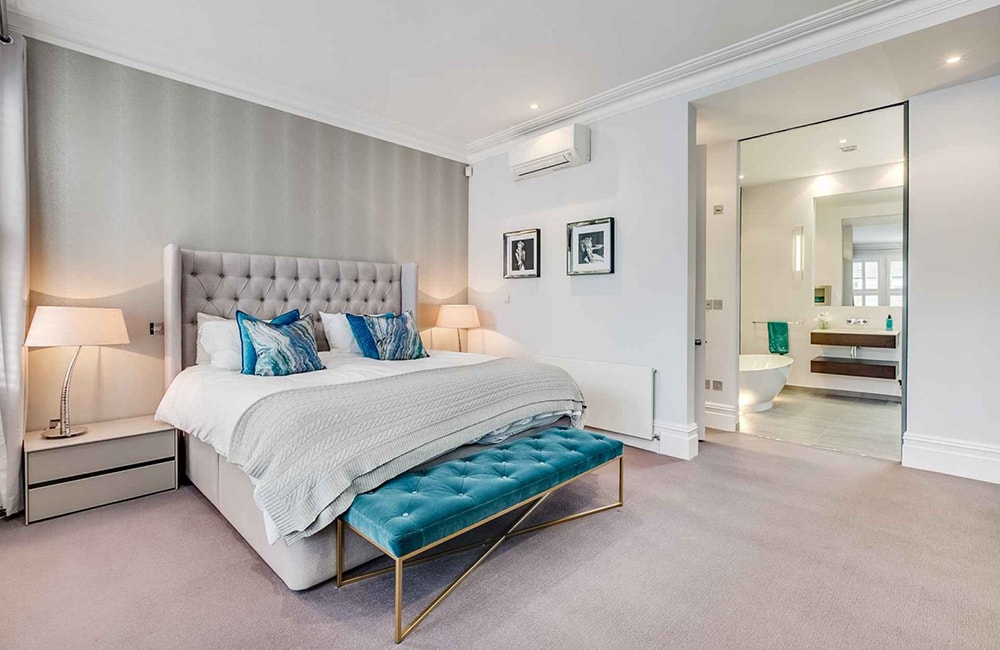 But there is still uncertainty ahead. Patrick acknowledges it isn’t all over yet: “I haven’t seen a huge rise in owners wanting to sell their houses as some people may be waiting on the budget and potential Stamp Duty changes.”

The spring market has always been the optimum time in the calendar to sell your home, and as far as Charles is concerned, that hasn’t changed. “More stock will gradually come on as confidence grows and the weather improves.” 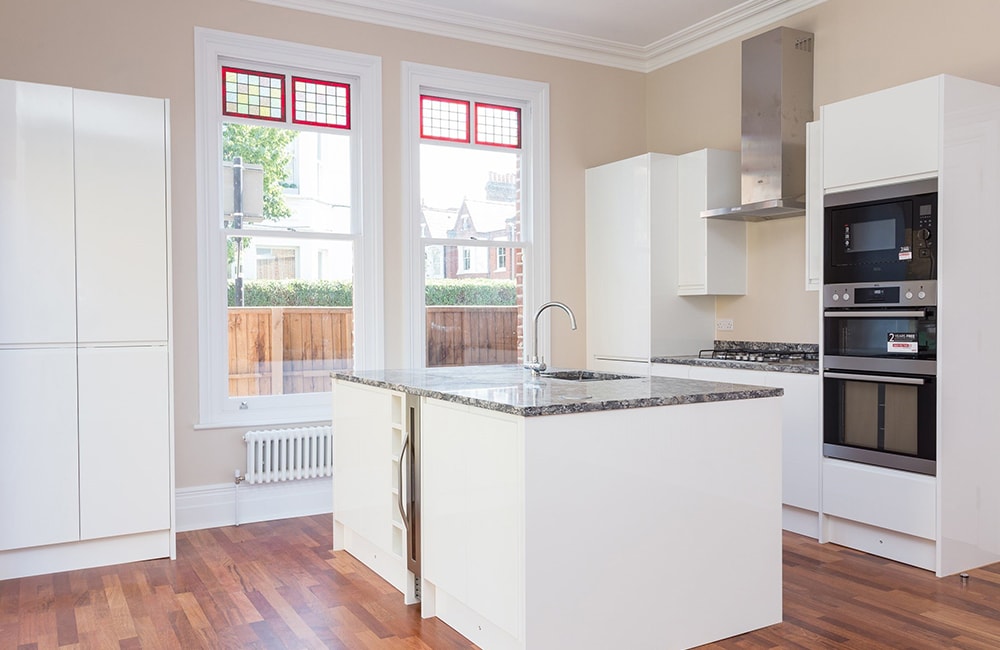 Is now the time to sell?

While the market is picking up, and the number of buyers clearly outstrips the number of houses available, sellers aren’t acting rashly. Once Stamp Duty changes are known and spring is on our doorstep, a change of pace is likely. “Pent-up vendors may decide increasingly to sell which may alter the supply/demand dynamics quickly (it doesn’t take much for that to happen locally),” says Austin. “Things may begin to level out by the time the first balls are hit at Wimbledon.” Much depends on the perceived success of the government going forward. Charles cites clarity from Brexit and future trade deals as factors in building confidence in the local market. At Portico, Jack suggests sellers should consider their motivation for selling: “It’s not the ‘best’ market in terms of profit from your investment, but could be an opportunity to take advantage of the increase of buyer activity since Christmas, especially if you have been on the market since Q4 2019.” 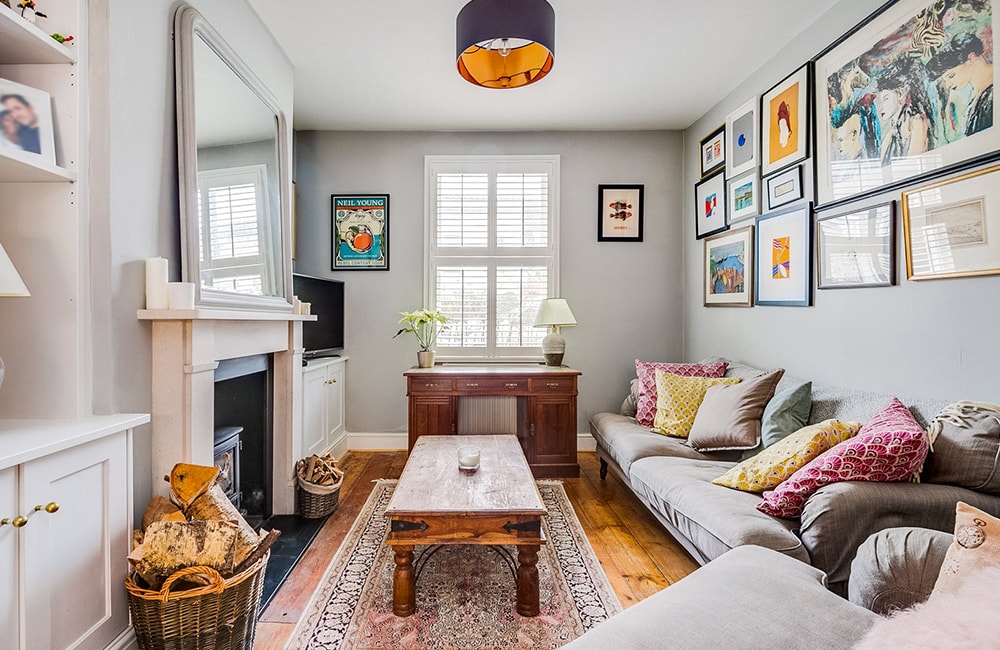 Whether you’re buying or selling, Austin is clear: “Get on with it. I’ve never seen huge merit in watching and waiting for the market because once it turns upwards it usually does so fast and significantly round here. In 2013 prices rose 20% in one year and no one saw that coming – although I did hear something about a seven-year cycle!”

The same house-selling rules apply now as ever – present your property well, keep it clean and clutter-free, make the DIY tweaks that make it as saleable as possible – but also think about timing. While stocks are low, ‘Between the Commons’ remains a sought-after location so now could be the perfect time to sell. As Patrick says: “If you want to sell, get on now. If you see something you like, buy it!” 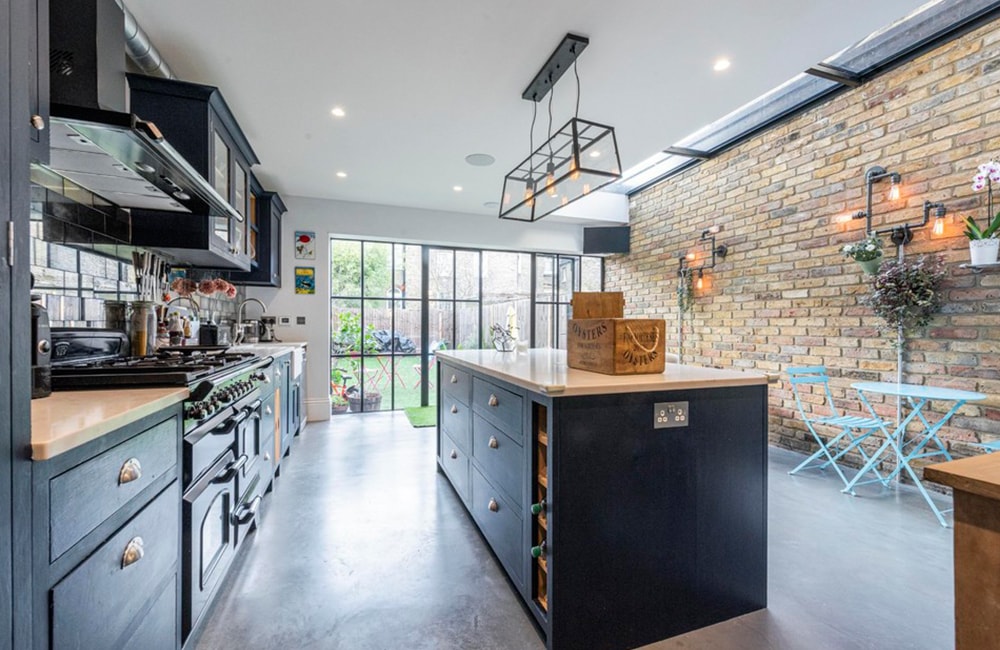 Bespoke banquette seating makes a link between the kitchen and dining areas and can be upholstered to match other soft furnishings. This type of seating ... Read Feature

Yes of course we all want our bespoke kitchen to be beautiful and timeless.  We strive to find luxury modern kitchen designs that are aesthetically ... Read Feature

As we come into Spring and just after Easter when we have all been entertaining family and friends Roundhouse explores kitchen extensions and how to ... Read Feature