The students and staff at JAGS are celebrating another year of A level examination success today. The pupils have achieved an impressive set of results with 71% of all entries graded A*-A, and 27% graded A*.More than half of the pupils achieved at least 3 A*s or As.

Amongst the notable successes are the results in the newly reformed Mathemathics A level, with a very impressive 84% of candidates being awarded A* or A. English Pre-U grades were also high with 82% of girls achieving A* or A. 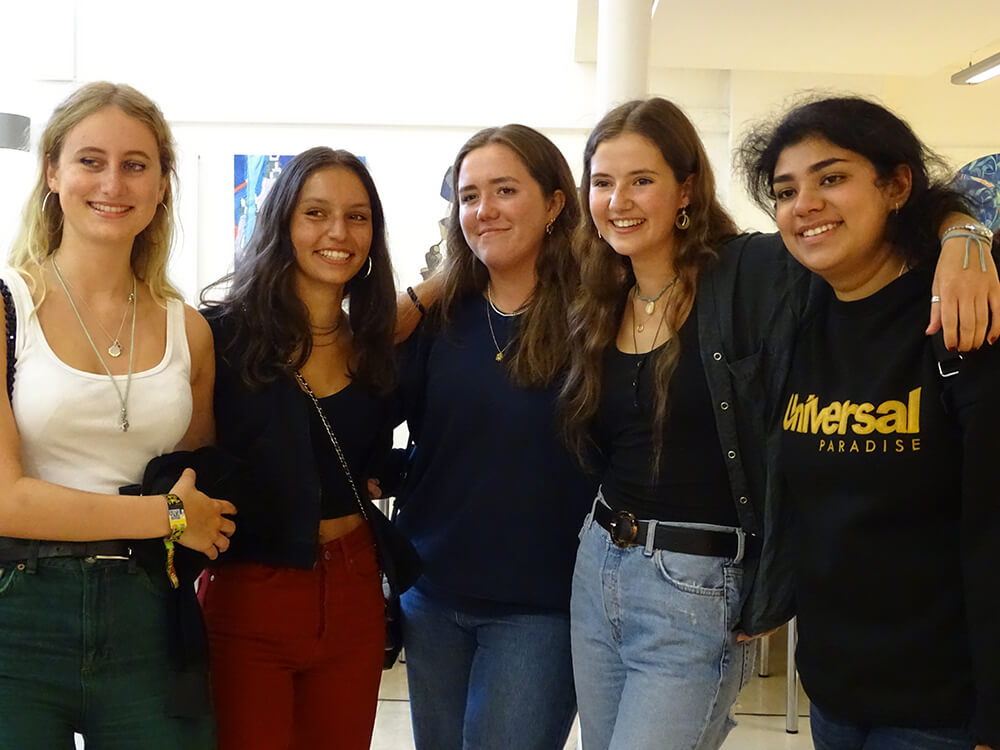 “I am once again delighted to see the girls at JAGS achieving such excellent results.As well as the impressive headline figures, there are so many individual success stories here which evidence the commitment and hard work of our pupils and teachers.I would especially like to pay tribute to our maths department who have taken on the new reformed A level and won convincingly”

“The maths department are absolutely thrilled with the A level results for Mathematics and Further Mathematics.This is our first cohort to study the new linear course and the results are a testament to the incredible hard work of the staff and students; we couldn’t be more delighted!”

Leavers will go on to study subjects as diverse as Biotechnology, Economics and Management, Veterinary Science and History at Oxbridge and Russell Group universities. Several pupils will continue their studies abroad at prestigious institutions such as Parsons School of Design in New York.

Anisha Mace received a stunning A*A*AA in Maths, Further Maths, Physics and Economics and will be going on to read Economics & Management at Oxford University; one of the most competitive courses to get onto in the country. Speaking about her results, Anisha said, ‘I’m really pleased! It wouldn’t have been possible without all the hard work of the teachers at JAGS who have been so helpful at every step. I’m so excited to go to Oxford and see what the future holds.’

Another success story was that of Imogen Webb, who received D1 in English and D2 in History Pre-U (both equivalent to distinction) and an A* in Drama. Imogen will now be going to the University of Edinburgh to study History. She said, ‘Sixth Form has been the highlight of my school experience. All of my teachers have really helped me to get to this point. I’m really excited to go to Edinburgh and to study History in more depth.’

Sydney Lo also did exceptionally well, with A*A*A*A in Biology, Chemistry, Maths and Japanese. She will now study Biotechnology at Imperial College London. Speaking about her results she said, ‘What I’ve learnt from the experience of doing A Levels is that if you’re willing to put in the hard work, it won’t let you down and it will pay off. I’m really looking forward to studying Biotechnology, it’s such an exciting course and I can’t wait to see what I’ll be able to do.’