Can I tell my sister she is no longer welcome to come and visit?
Post Reply

Can I tell my sister she is no longer welcome to come and visit?

My younger sister who I had a fabulous relationship with when we were younger comes to stay several times a year. Each and every time she will verbally attack me for some reason or another; observations about how i look, lifestyle choices, parenting decisions. When she leaves I am always left feeling very angry and low.

My husband wants me to stop inviting her but she is divorced which was followed by a spate of ill health. On one hand I am fed up by her behaviour and want to tell her that she's not welcome anymore. On the other she is my sister who hasn't had the best few years and I don't wan to make her ill by taking a hard line.

Not sure what to do but am dreading Xmas as I'm sure that she is planning to come and stay? If anyone has had to deal with a tricky sibling situation I would be very grateful for your insight. Thanks for reading and sorry for the depressing post on a Friday afternoon.

Before planning to totally cut off visits, have you tried talking to her ?
I know from experience it’s very hard to bring up a sensitive subject with siblings.
It’s possible that she’s unaware how she’s making you feel and if your reaction will come as a surprise she will feel victimised and attacked by you.

I would try to express how her visits make you feel. Text about it if easier to start the conversation
Depending on how she reacts take it from there.

It all depends on how unreasonable she is and what kind of relationship you wish to have with her in the future.

Stopping visits will be hard to come back from later on…

It sounds like your sister is quite unhappy. She may well be envious of your life. I think a heart to heart with her might be the best way forward, you could show her that you understand things haven’t been great for her, and you want to support her, but that you’re not prepared to let her speak to you disrespectfully anymore. If your relationship was once strong, there should be enough of a foundation there to build it back up. I think your sister will respond positively if you show her empathy and love, but with firm boundaries in place. Pushing her away could fracture your relationship beyond repair.

I would say that among my friends it’s more usual to have a fractious relationship with a sibling than not and people who are close to their siblings are quite rare. Sibling relationships are hard and she sounds like the sort of person who won’t take kindly to being criticised (in my experience the most critical people are the ones who are worst at taking criticism themselves.) So you have to realise that confronting her could make the situation worse. However - do you really need her in your life? If she’s making you miserable is there any point in continuing to see her? Maybe it’s time to take a break for a bit and next time she asks to come and stay make an excuse. Eventually she might get the message and ask if there’s a problem at which point you can tell her but confronting her out of the blue may not go down well. Good luck!

I suspect that you sister may be unaware that you are finding the things she says hurtful. She has obviously had a very bad time recently and her self esteem is very low. Her attacks may be a misguided attempt to try and bring you down to her level in the hope that if she can make you see what is wrong with your life then you will not reject her as being needy and of less worth than herself. I am not suggesting any of this is concious but I suspect her attacks come from a place of shame and feelings of deep inferiority. As others suggest, having a heart to heart with her might be the best course of action. Tell her that you find her criticisms of your life hurtful because you feel vulnerable and it makes you feel low (make it about how you feel not what she does), but also tell her that you value her and you value your relationship with her and her support and that you want to have a mutually supportive relationship with here where you are there for each other not one where you both criticize each other, remind her of how close you were. I am sure if she becomes happier the attacks will stop, has she had any therapy? Perhaps NHS talking therapy? Hope you manage to sort things out. If you have got to the point of considering cutting ties with her then talking has to be worth trying first?

The good news is that as you used to have a great relationship, and your sister still wants to come and stay several times a year, it sounds like there's some deep emotions (like jealousy, low self-esteem or depression?) driving those comments, rather than any fundamental personality clash or nasty streak. If you're bottling it in and not reacting at the time, she may not even be aware that you're noticing the comments, and so pushing more and more, either consciously or sub-consciously, to try and elicit a reaction or a conversation?

Coming from two generations of all-female siblings, I don't know if either of these scenarios is similar to yours, and of any help?

1. My mum had a decent relationship with her two sisters until we were young. The other two then got very close and they started going away as a foursome with their husbands without inviting her, and one sister started making snide comments about random stuff. It wasn't until I was a parent myself that I thought of asking my mum whether she'd ever considered that her sisters might be jealous / struggling with the fact that she had kids (neither of them were able to). My mum has low self-esteem and the fact someone would envy her had never crossed her mind. As this hadn't occurred to her, it also probably meant she wasn't always tactful / understanding of the emotions they were going through, driving even more of a wedge.

2. One of my sisters tends to make fairly frequent mini-digs at my parenting / relationship choices. It doesn't bother me as much as it does my husband, as we still have a good relationship aside from that (which he finds weird). In her case, she tends to make these comments when she feels threatened in parenting choices, 'her' area of expertise - she married and had kids young, whereas my other sister and I had careers and travelled etc first. I've never really had a discussion about this with her, as I can see what's driving it and it’s a minor irritant rather than a big thing, but I do sometimes have a 'break' for a few weeks if something's particularly wound me up...

Christmas can be a highly charged time of year anyway, even more so for someone struggling with issues. Could you maybe arrange for her to visit sooner and try to talk it out in a non-judgemental way? Also you don’t mention whether you ever visit her – could she be feeling that she has to slot into your ‘happy family’ life, rather than it being just the two of you at hers (if she lives alone)?? Either way, it’s really worth trying to understand what’s going on and salvage the relationship before it’s too late. Good luck. 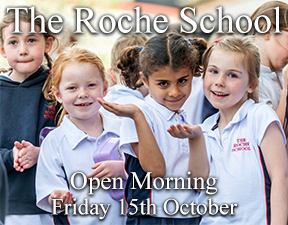 Sorry you’re going through this, it sounds very stressful.

My only perspective is that she sounds troubled. I’ve always believed your family aren’t supposed to ‘give up’ on you.

I’ve had many times in my life where the unconditional love of my parents and siblings has gotten time through. I feel very fortunate as now that I’m a grown up I realise that not everyone has that.

Sorry you’re having to suffer it, hopefully she will stop after you’ve had it out with her.

Sounds like she is lashing out at you and taking out all her frustrations of the last few years on you.
Poor you. I've been there with my own sister who struggled to conceive.
I hope she realises that she is going to push you away.
You need a heart to heart.
All the best - but do take care of yourself and do what you need to do even if it's just a break from her. Family can be very difficult.