Am I being mean or not? We often eat out with friends who are wine connoisseurs and order wine which tends to carry a premium. When it comes to the bill we split it down the middle but the last time we did this the wine our friend ordered was over £100 and two bottles were ordered, consumed mostly by our chums. I don’t drink as I’m the driver of the family so it’s starting to feel rather unfair. Or is it? We haven’t said anything to date but it’s getting to the point of having to do something about it. Has anyone else been in this situation?

Am using an anonymous sign in, but only because I’ve lost my login!!

I do remember getting a bit narked once, when I had finally make it out for dinner after baby was born. Everyone else got started early on the cocktails and a main course ~£10 ended up setting me back £40… fortunately someone else spotted this and somehow since (this was a looong time ago) whenever we go out in a massive group, one of the accountants (willingly, God bless her!) takes it upon herself to actually sort the bill and everyone pays her back.

Usually I’d be happy to split, if everyone’s had more or less the same, but if you’re not drinking I’d probably pipe up and say you’d rather split the food between the whole table and the drinkers split the drink. I think that’s fair enough and better than feeling resentful.

I hear you beaver.

We have some friends that I dread going out with due to their large and expensive alcohol consumption. I am always surprised that they don't offer to pay more of a bill, they have the means for sure. You have made me think about whether we should proactively address it. My husband won't want to that's the issue. Would love to know what you decide to do.

Could I comment from the other perspective - I don't pretend to be a connoisseur, but I do like and am interested in wine, and practice has given me expensive tastes!  Anyway, friends know that and very often if we are out to dinner pass me the wine list and ask me to choose - and I am lucky enough not to have to worry about the price.  For ages I assumed without thinking that they wanted a treat and wanted me to choose something special.  Then one day one of them said something and I was mortified - I just hadn't thought of it.  Now I either ask people what sort of level of wine they want, or buy a 'special' bottle myself as a treat for the table (I try not to hog it all ....).

So it may be completely inadvertent, especially if they are good friends.  My advice is to try to say something before the wine is ordered - don't argue about the bill afterwards.  Hope that helps.

In [say] the US, anything other than equal splits is seen as petty/poor form.

In bits of Scandinavia, also I think Germany, individual bills seem to be very commonplace.

I think common sense has to win the day, e.g. today I was in a group of c eight people having lunch in a restaurant, all of us eating a single pasta main course & drinking tapwater. There'd have been very little point in quibbling over whose dish cost £13 vs whose cost £14. But, of course, if you're in a group where very different amounts of food and especially booze are being consumed, it's up to one of the heavier consumers to offer to put in a bit more.

For what it's worth I think that amongst younger generations, bill splitting, in part aided by technology [everyone now has a pocket calculator in their pocket, also a few specific apps are available] and by changing attitudes towards alcohol [teetotalism being far more common than it was 'in my day'] is becoming more the norm. 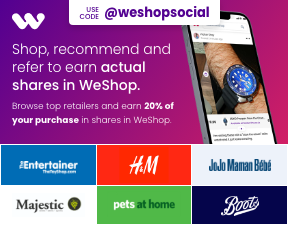 One solution is to not drink at all and ask that the alcohol goes on a separate bill to be split amongst the drinkers. If your friends have a problem with that they aren’t your friends.

Even if you do normally drink alcohol it may be best to not drink at these meals. SPOILER: You’ll still have a good time!

It’s really quite selfish behaviour of your “friends”.

Beaver thanks so much for posting this. It really hit the button for me as I’ve been in a dilemma about this one for ages! We have put off dinner with heavy drinker friends twice now due to this issue about splitting the bill. My husband will always happily split the bill regardless of who has had what, but we have been under financial strain lately and instead, have just made up an excuse and cancelled. These friends organised a big group with other couples and neither myself nor my husband drink, so we have had a boring social life lately which is a shame but the booze would have dominated the food bill!

I am teetotal and vegetarian (for 35 years) and have quite a boring palate, and therefore incidentally end up with the cheaper dishes. My portion of the bill on meals out is usually half of everyone else's portion. I have to say, it drives me absolutely crazy when equal bill splitting is suggested, it really is not fair. Also, I am careful with my money and really not wanting to sound stingy, I really do not want to subsidise my friends alcohol and food choices on a night out. I usually always speak up. Yes, it's sometimes awkward and yes, sometimes puts a little damper on things, but I would far far rather have that awkwardness than walk away from the restaurant feeling angry. But all my good friends would not dream of me subsidising their alocohol or meat dishes (nothing to do with being anti meat, just they are usually quite a bit more than the basic veggie dishes), so it's never an issue for most of my social outings. Your situation is slightly different, I appreciate, as you would usually be having some of the alcohol too, but as someone suggested, maybe for one evening out, don't have the alcohol just so this point can be raised at the end, or beginning, or bite the bullet and say something up front, and I know people don't like to say it, but it is always ok to say something about your finances, that you're being careful, or whatever,; if they are friends, they should be considerate of that. I'd say definitely say something. It's hanging over you now making things uncomfortable your end anyway, so clear the air asap, it will be put behind you and get on with some really nice fun meals out.

I’m a wine connoisseur type, I’ve got multiple cellars at home and in bonded warehouses with a few thousand bottles for investment and consumption purposes tucked away. I’m that boring and geeky. Many of my friends are in the trade etc

And I can safely say your friends are behaving like self absorbed, rude so and so’s.

How dare they order fancy bottles (given the mark ups, spending a £100 on a bottle of wine in a restaurant isn’t always that clever either) and expect others to split the bill.

They’re being incredibly rude and they know it!!!!

They’re taking the proverbial and a quiet word needs to be had.

I agree with everyone else. Spending £200 on wine and then expecting you to pay half when they drink most of it is ludicrous. If you don’t want to say something is it possible to grab the wine menu and order yourself or even get their early so you can order before they arrive? They may be your friends but they do sound selfish. My husband normally does the wine ordering but we always check it meets with our friends’ agreement. Actually if we can we take our own wine (we have a large wine cellar) and then we split the corkage charge. A lot of restaurants (particularly the high end ones) offer this so it’s worth asking.