at a dinner party last night and we were discussing what celebrities live locally.

I got Gordon Ramsey off Spencer Park, Jack Dee in the Toastrack, that guy off The Office (the nice boss) near Endlesham Road but then ran out. Does anyone know of any other local celebs?

Someone said Ainsley Harriet and that property guy Phil somehing or other but I wasn't sure what they meant!

I see Gordon driving around quite often, it's getting a bit boring now

I have also heard about Jack Dee and I saw Ainsley Harriet doing a PR promotion in Wandsworth Common a couple of months ago so maybe he does live around there. My other Wandsworth Common spots are Javine and Steve Punt. I also have seen Phil Spencer at my local Thai restaurant a couple of times!

Mark Owen from Take That lives somewhere in Wandsworth and apparently attends baby playgroups so watch out Mums! I have also seen Holly Willoughby in Barnes but she has also moved to Wandsworth!

Phil Spencer lives on Nicosia rd in the toastrack and Mark Owen lives on Elsynge Rd. You often see Mark at the swings by the common ground cafe on Wandsworth Common!

There is sarah beeny somewhere in streatham. The spooks guy who is married to dervla someone.
Kate Thornton also lives in wandsworth too.

Hmmmm very interesting! I also saw the little girl from Outnumbered on Burntwood lane, I know she doesnt live there but Outnumbered is filmed in Wandsworth

Olga Polizzi from the Hotel Inspector and manager of Endsleigh and Tresanton Hotels also lives in Clapham Old Town. My nanny also saw Billie Piper in the playground on the little Clapham common.
The little girl from XXXXXX apparently attends Belleville school. I once saw her at play time there during a school day.
I just saw Mark Owen this past Saturday and Northcote Road and also saw him a couple of times in the playground on Wandsworth Common as said before.
Our neighborhood is certainly becoming trendy ! 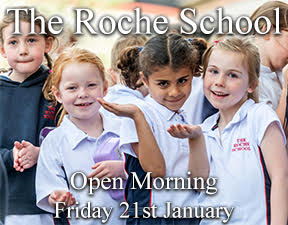 Outnumbered is filmed at a house on Dempster Road.

Jonny Vaughan lives on Elsynge Road apparently. Andrew Castle the tennis player/presenter lives near here as is a regular at the Abbeville Fete. Brian from Big Brother used to have a flat on Abbeville Rd, but don't see him about that much now. Doon McKichan from Smack the Pony goes to the same beautician as me, also on Abbeville Rd, so I assume she's nearby too.

Tana Ramsay loves Question air on Northcote road she is always in there.

yep i see her there all the time too

Rupert Penry Jones.... Oh, yes he is yummy. Didn't know he was married to her. Lucky girl!!

Billie Pipers Mums in Doctor Who lives somewhere in Balham.

Seen her driving around a few times!

Years ago I used to see Sophie Dahl in Battersea by the Duke of Cambridge and also Harry Hill.

Start a conversation
Create a new post and start a new conversation, please click on the button.