Man knocked down and killed on Battersea Bridge
Post Reply

Man knocked down and killed on Battersea Bridge

A jogger has been killed after being knocked down by a Range Rover as he ran across Battersea Bridge.

The bridge was closed in both directions just after 6pm on Wednesday, 13 January, with pictures showing dozens of police vehicles and ambulances behind a large cordon.

Met Police said they found a man seriously injured at the scene and despite the best efforts of paramedics, he was pronounced dead at the scene. 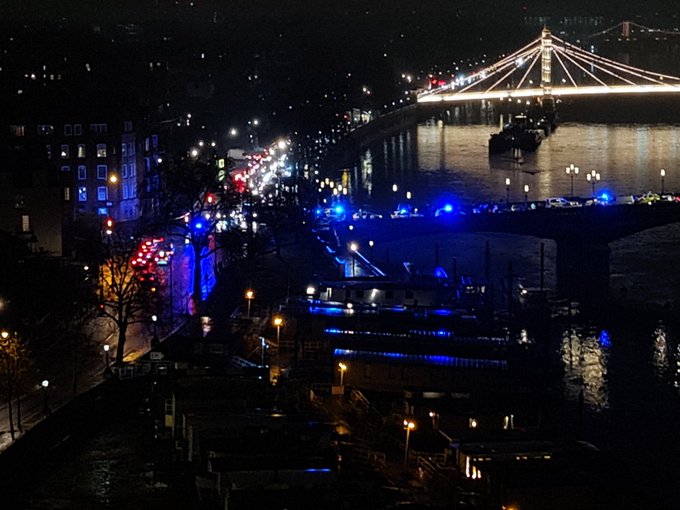 According to a witness, who spoke to the Evening Standard, they said the man had been running before he was hit by a Range Rover.

He said: "He was flat on his back, in the middle of the road, a tube in his mouth, a male paramedic giving him heavy, urgent CPR."They were (applying) very hard pushes to his chest.

"I could see the driver speaking to police explaining and showing what had happened. He looked in his late thirties and was with a woman."

He added: "That crossing by Battersea Bridge is utter hell. I have complained about it for years. There is no gap in traffic lights for pedestrians."

Greg Hands, the Conservative MP for Chelsea and Fulham, tweeted: “Very bad news in Chelsea. Being told by police of a fatal road accident at junction Beaufort Street with Battersea Bridge just after 6pm tonight. Thoughts are with the victim’s family and friends."

A Met Police spokesperson said:
"Police were called to Battersea Bridge Road shortly after 6pm on January 13, to reports of a collision involving a car and a pedestrian.

"Officers attended along with paramedics from London Ambulance Service (LAS).

"A man was found seriously injured. Despite the efforts of emergency services, he died at the scene a short time later.

"His next of kin have been informed.

"The driver of the car stopped at the scene and is helping police with their enquiries."

Re: Man knocked down and killed on Battersea Bridge

Extremely sad but unfortunately those traffic lights were an accident waiting to happen. I was there just on Tuesday and with no gap for pedestrians and no pedestrian light it took me a full 10 minutes, in broad daylight, to find a safe gap in the traffic to cross on foot. Chelsea seems to have far fewer pedestrian lights than neighbouring boroughs: walking around more during lockdown the change is very noticeable.
I hope that this tragedy will make the Council reconsider their approach.