Lambeth Council are poised to sign a 15-year lease with developers ‘Putt in the Park’ which would bring a change to the Common’s Westside, according to the Wandsworth Times.

The mini-golf company won the tender to convert the disused Pavilion and Greens in August 2019. 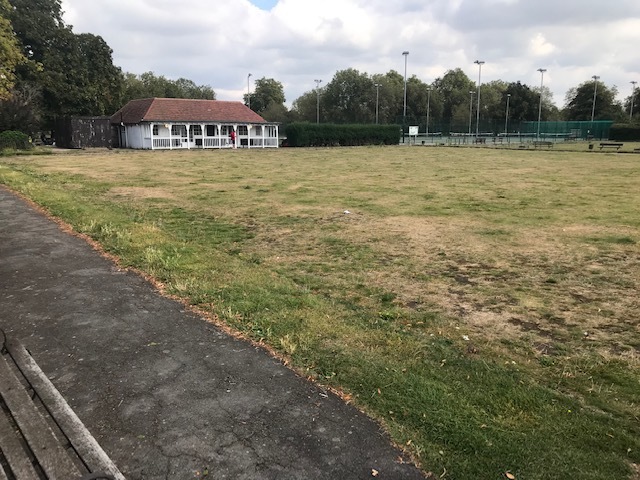 Their plans involve two landscaped putting greens, covering an area of 3400 square metres, plus a café and new toilet block.

The development will be similar to Putt in the Park’s other sites in Wandsworth Park, Battersea Park and Acton Park.

However, proposals to develop part of the Common have sparked resistance from community groups.

Friends of Clapham Common branded the plans “tone-deaf” in an online petition which has amassed almost 5,000 signatures.

The group claims that there has been little public consultation, that a golf-course would commercialise common land and have a negative environmental impact.

A statement said: “Clapham Common must be free for the quiet enjoyment of everyone and not partitioned off for private enterprise. This venture will bring increased noise, litter and light pollution to a quiet residential corner of the Common.”

“Given that we are in the middle of a climate crisis and we have had a stern reminder just how precious our green spaces truly are, this is a tone-deaf project that must not be allowed to proceed.”

Putt in the Park insisted that there was extensive public consultation and that the development would be sustainable.

A spokesperson said: “We are very proud of our excellent courses. We have numerous pictures of the biodiversity and animal life excelling at our other courses.

“We will be planting over 220 bee-friendly flower trees and shrubs on approximately one-third of the Bowls green area which will be formed out of the topsoil. No soil will leave the site.

“The other areas will have hardcore, artificial turf which is 100% recyclable and ponds. As opposed to present which is patchy grass on approximately 150-250mm topsoil.

“The total area covered by the two greens is 0.34% of land on Clapham Common."

A Lambeth Council spokesperson added: “Clapham Common is a wonderful open space that is hugely valued by both the council and the community. The small area being looked at here is a disused bowling green that has been out of use for a number of years.

“It is an area of the common that is designated for sporting use, in the same way that there are also bookable tennis courts. This proposal would bring the former bowling green back into popular use and would include a significant amount of bee and insect friendly planting.”

Interesting that Lambeth suggest the site in not on use. It might not be used as an actual bowling green but it’s a secluded spot used by so many families.
Yes, the grass is lumpy, but it should be improved to keep it a calm enclosed space for those who currently use it rather than making it a commercial venture.
It’s no good stating what % of the common the Putt would take up, it’s a lame argument.
This venture would lead to increased traffic, people and noise in an otherwise calm area for locals resident.
Lambeth are yet again letting the Wandsworth side down!
I would encourage a petition for Lambeth to lose the management of the common .
Interesting how Lambeth are happy to let the surrounding area literally fall apart, the little fenced planted area by the cafe is an example. They half removed it, but didn’t replace or Mend it. They are very active the second there is some cash to be made.
Renting our the common for anyone waving some cash! A disgrace

I support the council decision.

That piece of land has not been used for a long time. I get that some groups want it back it as a bowling green, but they've had enough time to get together a credible business case.

This proposal will also revitalise the building next to it, which right now is rundown.

Furthermore, its not like this is a secluded bit of woodlands. It's literally surrounded by noisy tennis courts and the road.

This will also provide a boost to local businesses around Clapham South, as many mini golf players will then be looking for a place to eat and drink afterwards.

For those on the fence, have a look at Putt in the Park over in Putney. They have a similar setup, and theirs is literally right in the middle of the park. With no detriment to the rest of the park. And providing useful revenue to the council, for maintaining the park or for council services.

There are so many complaints about Clapham Common - trash, safety, lights, people having sex in the woodlands, etc. All these will cost money to improve. Leasing land for business is one way.

I think it's definitely worth having a look at the proposals and the bona fide objections again.  The tender process was anything but transparent for starters.  Don't forget the original planning application was rejected and that Pitch in the Park have now appealed that decision.  Also for some reason, Lambeth have ignored previous proposals on the usage of the green and pavilion.

The bowling green has reached this point through lack of maintenance and management of resources, not through lack of interest.  The pavilion, up to the first lockdown, was used by GLL who manage the bookings for parks and leisure across the borough.  Again, the building's exterior was not maintained, for some reason, to reach this state.

There is a serious problem with reduced sporting facilities in Lambeth.  Take a look across the road and the shale football pitches.  There were once 3 full sized pitches for community use but now one has been effectively grassed over and the others not maintained.  However it is interesting that they are now the subject of a planning application for event use such as outdoor cinema.  These are designated sports areas for all, not to be appropriated for private commercial use.

Take a look here for an alternative point of view:- Save the Green

Another huge effort to save Clapham Common bowling-greens from commercial encroachmentPutt in the Park had hoped to slip through the planning process to convert the bowling greens into a putting course under ‘permitted development’. However, legal opinion submitted by Douglas Edwards QC has unexpectedly forced them to apply for full planning permission from Wandsworth Council, so we now have a unique one-off opportunity to bring the whole thing to a halt. This is a significant moment so please do take a moment to register your objections. You have till can read the documents and have your say at this address: tinyurl.com/ddvxwbw2 . Replies must be in by 18th November. You do not need to write a long letter, just highlight the reasons why you do not want this development. If you want to go into detail, we have made a list of specific issues relevant to the planning committee. You may also wish to write to your ward councillors.
https://planning2.wandsworth.gov.uk/pla ... 021%2f4506

Personally I think this would be a good use of a space which is otherwise pretty much derelict right now! 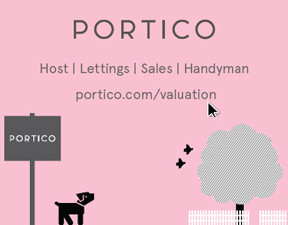 I agree. The area is run down at the moment and is a danger to the kids running around on the grass when they fall down the drainage gaps that run around the perimeter of both of the old bowling greens.
I wandered past Putt in the Park at Wandsworth Park yesterday and was delighted by what I saw!! Very keen to see the same built here!