Tooting MP, Doctor Rosena Allin-Khan, is calling for Wandsworth Council to commit to funding the resurfacing of Tooting Athletics Track to secure its continued future use:

The track surface – which is already 35 years old – failed a track inspection last summer, meaning that it can no longer be used for competitions. Athletes are permitted to train at the facility until the end of 2021. However, the future of the track beyond this time is yet to be secured.

The track is much-loved and well utilised by a collective of local residents as diverse as Tooting itself. The Herne Hill Harriers have called the track home since the 1930’s. Their membership is comprised of people of all ages and backgrounds, including elite and Olympic athletes, while countless schools and community groups also make use of the facility.

I am calling on Wandsworth Council to commit to funding the resurfacing of this vital community asset without further delay.

Click here to add your name to a petition to the Council to refurbish the track. 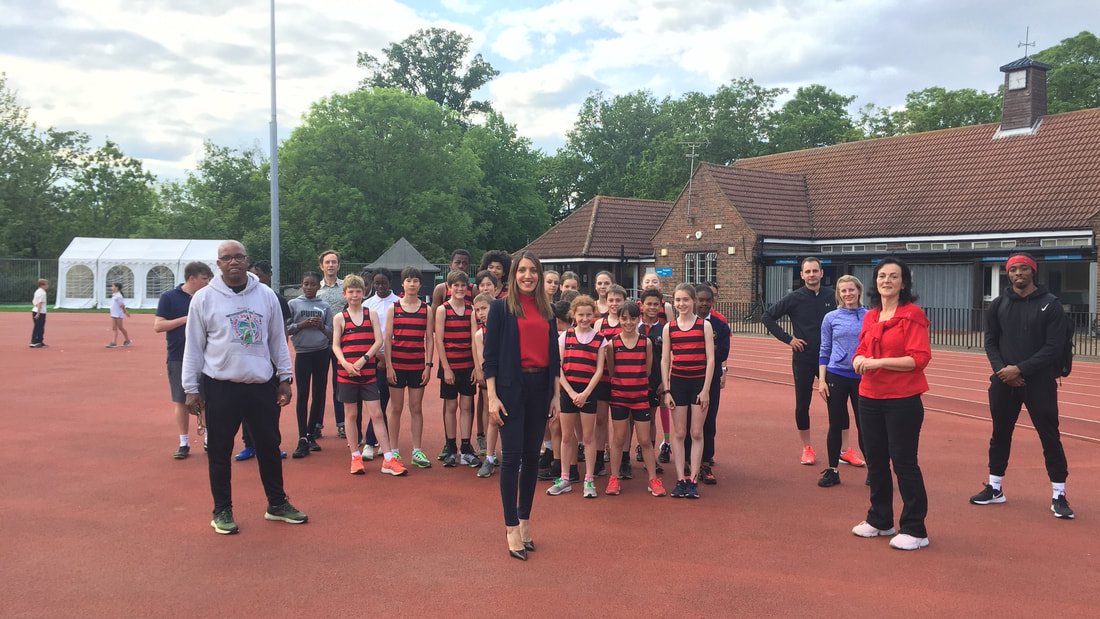 There has been a response from Wandsworth Council regarding the condition of the athletics track. However, the response does not comment upon the track no longer being used for competitions because of its condition not being at an acceptable standard for this:

A detailed study into the condition of the running track on Tooting Common confirms it can still be used by schools and local sports groups for training, leisure and fitness purposes.

The independent report, conducted by a specialist sports engineering consultancy and testing laboratory, found that while the surface had hardened in places it can still be safely used for running and training.The report, commissioned by the council and produced by Labosport, a leading company in sports field testing and certification, monitored surface hardness, bounce and shock absorption at the track, and concluded that it remains suitable for “UK Athletics License Level 1 events”.

Its report said: “Use of the facility for training can still continue to take place providing the following informatives are put in place: All known users and any coaches should be advised ……that the track surface has been recently tested and found to have hardened to a degree which has reduced its ability to absorb shock. Therefore, coaches and athletes should adapt the volume and type of training accordingly and consider the footwear that they wear (i.e. consider wearing trainers/racing flats as opposed to spikes).”

The council’s environment and community services spokesman Cllr Steffi Sutters said: “We have seen some claims on social media in recent days that the track is crumbling, unusable and unsafe and that its future is somehow at risk. Let me say now that these claims are totally untrue.

“We fully support and encourage our residents, especially our young people, to engage in sports activities, which is why we provide top quality sports facilities across Wandsworth including running tracks at both Battersea Park and Tooting Common.

“We want our local schools and clubs to use these facilities as often as possible. The athletics track at Tooting remains perfectly adequate for training purposes and for school sports events as we continue to monitor its condition we will continue to have discussions with local groups, schools and sports clubs about how it can best serve its users in the future.”

How accurate is this statement from the council?
According to a trainer who has used this place for years to run bootcamp classes his classes aren't able to go ahead because of the state of the track and neither can many regular events such as the 24 hour race.
There's a sense the the track has been neglected to make way for future development of property.
I really hope this is not true.

More info here with a link to the petition on the website:
https://www.swlondoner.co.uk/sport/1906 ... ics-track/

Thank you to everyone who has signed our petition-please do so if you have not: https://democracy.wandsworth.gov.uk/mgEPetitionDisplay.aspx?ID=169&RPID=10973470&HPID=10973470

There have been various messages on social media over recent days, and I thought it would be helpful to copy a message we have sent to the Wandsworth Council Cabinet member with responsibility for Tooting Bec Track, Cllr Sutters.

Thank you for your ongoing support:

It was agreed by our Executive that I should respond to your tweet on the Wandsworth Council site.  It states ‘we have seen claims on social media in recent days that the track is crumbling, unusable and unsafe and its future is somehow at risk.  Let me say that these claims are totally untrue’.

As a Club, we have used social media to promote the need for the track to be resurfaced on the back of the unsuccessful capital bid to the Council earlier this year, as this resurfacing remains the most critical single issue for our Club.  I am not sure where terms like ‘crumbling’, ‘unusable’ and ‘unsafe’ have appeared(?), albeit we do recognise that we are worryingly close to these descriptors becoming reality.

The February 2020 labosport report concluded ‘that the surface is now giving hardness results below the recommended level for competition as defined by UK Athletics…and made recommendations that the surface be replaced…but that training may still take place providing certain criteria and informatives are put in place.’  At that point it was agreed that the track could be used for a further 18 months as a training facility i.e. until August/September 2021, a timeline which has not currently been extended.

The labosport reports further note that the track ‘was upgraded to a synthetic surface in 1985….The thickness measurements suggest that the surface has not been re-topped with a new 4mm layer of material but may indeed be original…the surface has very low shock absorbency, at all five locations tested the result was less than 25% which is the minimum required by ​track quality standard EN 14877.’

EN 14877 requires tests to be carried out at 10, 23 and 40C, ‘and that the performance of the surface shall be classified by the LOWEST result obtained under any of the test conditions.’  Most recently, when the track surface was at 40C, the shock absorbency readings came out just above 25%, hence the agreement that we can hold competitions for a limited period during June to September this year.​ To be clear, the testing therefore does not comply with EN 14877, rather the international standard has been relaxed to temporarily permit public use of the facility.  From the Club’s point of view this is clearly better than having no track pending the critical resurface, but the proposed restrictions e.g. the advice not to use spikes on it presents real challenges especially to sprinters, jumpers etc who are preparing for competitions.

Based on our meeting earlier this week Ed ​Hunt (EA) is hopeful that a further stay of execution for training use will be granted beyond September 2021 until April 2022, but we await this formal confirmation.

The bottom line is that we are on borrowed time with what has been a neglected surface for decades and, as has been noted, the longer things are left without resurfacing the greater the deterioration will be. ​Tooting Bec track was built for athletic competition and for the training of athletes up to international standard.  As a community club that contests local and national league competitions, we encourage all to participate but we need the track to be of competition standard, a track to stimulate youth and newcomers to prosper and become homegrown champions.  Once again, this year, athletes from the Club comprise around one third of the squad for the London Schools team to contest the English Schools, we have two athletes pursuing Olympic amibitions and a number of others aiming at European U20 and 23 championships.

We do of course welcome the Council’s commitment to addressing this matter, and the confirmation again in your tweet that the future of the track is not at risk, and look forward to working with you for a successful outcome during the 2021/22 capital allocations.