A South London police station will be turned into flats despite fears kids may have to cross a “notoriously dangerous” road to play outside. Lambeth councillors approved plans to convert the former Cavendish Road Police Station in Clapham into 15 apartments at a planning meeting on November 22.

Cllr Rebecca Spencer, Labour member for Gipsy Hill, said she was concerned that kids living in the flats would be expected to cross a busy junction to reach an outdoor play area on Clapham Common.

She said: “If we’re considering Clapham Common to be children’s play space, the road that you go down and the junction that you cross to go to Clapham Common is a notoriously, incredibly dangerous junction. It kind of feels a bit crazy that’s where kids would go to play.”

Cllr Spencer went on to vote in favour of the planned flats, after council officers said money set aside for play space improvements on the Common could be instead used to provide play space on site. Lambeth Council planning officers will decide whether to use the money to provide 16 sq metres of play space by the flats or to improve existing space on nearby Clapham Common in due course.Lambeth planner, Lauren Shallcross, assured councillors that officials had thought about whether the journey to Clapham Common from the flats would be suitable for kids, in response to a question from Cllr Joanne Simpson. Ms Shallcross said: “It was considered and we thought it would still be acceptable for children. Younger children have their parents, but it would still be acceptable for children to make their way to Clapham Common.”

None of the planned 15 flats will be affordable after a financial viability assessment found the development couldn’t provide any affordable housing. Residents will be unable to get a parking permit from the council to park on nearby streets and will instead be expected to make use of the nearby Clapham South Underground station and buses. They will also have access to 30 bike spaces.

Cllr Malcolm Clark, Labour member for Streatham Wells, said he was concerned about the quality of any play space that might be provided on the site of the flats. But he went on to vote in favour of the plans.

He said: “I’m torn in my mind between the horrifically bad attempts at play space that many developers get away with doing on site which are an embarrassment in part, terrible if you fail to monitor properly, versus much better adequate facilities in playground spaces. I’m happy to leave it at officer discretion in terms of what they think is best. I can see positives in both of them.” 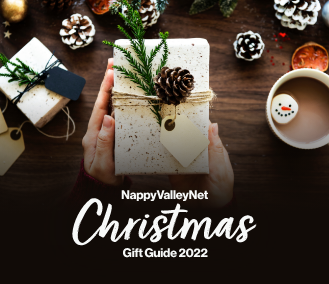