Here's a recipe from the Ben's Canteen brunch archives that anyone can make at home to treat the household:

Ingredients
Makes 10 Fritters, so play around with the quantities or give some to a neighbour/ friend in need.
Also,
Method

Fritters
The rest
Assemble
The pic is by a favourite Canteen Brunch blogger, @themunchbrunchkids

If you’re thinking, I would like to eat these with a Bloody Mary then please click here to order Bloody Bens Bloody Mary Mix.https://shop.bloodybens.com/collections/our-products Type NVN at checkout to get a special Nappy Valley discount.

From the Ben's Canteen archives, the spec for Smashed Avo:
Ingredients

Lovely with Roasted (or Cherry) Tomatoes, Poached Eggs, Feta, Radishes, Seeds and of course Bacon. Best on some quality sourdough & enjoyed with a Bloody/ Virgin Mary.

Get a bottle of Bloody Bens Mix at https://www.bloodybens.com/ and type NVN at checkout to get a special Nappy Valley discount. You just need to decide who's cooking ...

This weeks treat is the Ben’s Canteen Pancakes. They're American style & very much for those with a sweet tooth, with some fruit to make them slightly healthy ....

This was possibly the most Instagrammed dish on the Canteeno menu. Your challenge: 1 Decide who'll make them and 2. Get a great pic for your Gram.

Banana Pancakes - to make up 1 plate
Pancake Mix - makes 10/12 pancakes
Pancake Mix
Pancakes
For a Virgin or Bloody Mary to accompany your treat order at www.bloodybens.com ahead of the weekend. There are 300ml or 1 Litre bottles of Bloody Bens Mix. Type NVN for local discount.

Brunch treats at home this weekend


The recipe changed a bit over the years, the first incarnation was probably the best but super complicated and in time it got simplified to this still absolutely delicious treat.

INGREDIENTS
Sausage Mix – make 5 Scotch Eggs
Egg & Flour
METHOD
Mix all of the Sausage Mix ingredients together in a bowl. Take 140g of the Mix and shape around a Soft Boiled Egg – FYI, when you’ve finished soft boiling the Egg, put it in iced water, this stops it cooking and is the key to that magic moment when you cut into your Scotch Egg and the yolk is still runny.

Dip your Sausage encased Egg into an Egg, then Flour and then Breadcrumbs. At the Canteen it was then deep fried for around 8 minutes but at home you’re probably better off popping them in the oven at 180 for at least twenty mins.

Also, if you have any of the Sausage Meat Mix left over then shape it into a burger patty and fry and then you’ll have the ingredient for the most amazing Breakfast Bap.

The Scotch Egg (or Bap) is delicious with a Bloody Mary. To get a bottle of Bloody Bens Mix go to: https://shop.bloodybens.com/collections/our-products


Sharing more Ben's Canteen old recipes. These are chef specs rather than more precise home cooking notes. You are now head chef for the Hot Smoked Salmon Benny.
Hot Smoked Salmon bit can trip a few people up because we all think of Smoked Salmon as cold. Hot Smoked Salmon is a different technique, basically smoked at a higher temp. The end result is something more akin to poached and wow it’s tasty.

You can buy Hot Smoked Salmon from the supermarket eg Waitrose. It's even better with a Bloody Mary. If you can only get normal smoked salmon, just do you own twist.
INGREDIENTS:
METHOD:

Once you’ve toasted your English Muffin, this is just a simple assembly job. Load up your sliced Muffin with Hot Smoked Salmon, place a Poached Egg on top of each half, pour over Hollandaise. Garnish with Toasted Sesame and Black Pepper and have a little Lambs Lettuce on the side. Happy Brunching!

Here's the link. You can also buy Bloody Bens Mix on the website or at many local delis & bottle shops: https://www.bloodybens.com/recipe/hot-s ... s-canteen/

Unusually the Avo here isn’t smashed & the egg is Pink ... A Beetroot Pickled Egg, totally delicious but for some weird, anyway it’s delicious so do give it a go.

Method
This is basically an assembly job but you do need to make your Beetroot Pickled Egg in advance, have a Google or try this recipe from Sarsons. They keep for ages - make a batch!

Slice your Lime in half and grill it, whilst you’re doing that toast a slice of lovely Sourdough – ideally from an independent baker, generally speaking the quality is so much better.

Cut your Avocado in half and then very thinly slice it and push it flat to cover the Sourdough Toast. Sprinkle over the Sweetcorn Salsa and crumbled Feta, slice your Beetroot Pickled Egg in half and snuggle it up against the Toast.

Garnish with Salt and Pepper and the Coriander. Once you’ve got your Instagram picture perfect, squeeze the Lime over. The ideal drink is a Virgin/ Bloody Mary. Order a bottle of Bloody Bens Bloody Mary Mix at www.bloodybens.com 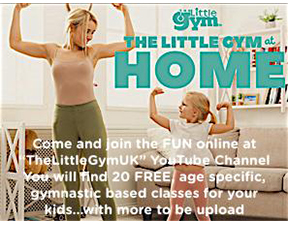 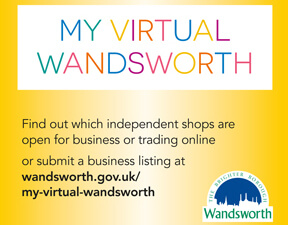 Another recipe from Ben's Canteen archives to share. Note, these are chef specs rather than precise home cooking notes. Eggs Benny with the addition of Kimchi shows how more adventurous we have got as eaters.

A few years before the Canteen trailed a Kimchi Burger but it barely sold, most weren’t up for it. Fast forward and Kimchi was even available as a side and ordered quite regularly.
INGREDIENTS
METHOD
Grill your Bacon & get Poaching your Eggs; if you’re not using a shop bought Hollandaise then you need to make that up too. Toast your English Muffin and top with Kimchi.

Add the Bacon, place your Poachers on top and smother in Hollandaise. Add the Lambs Lettuce in-between your Muffins, sprinkle Toasted Sesame over the Eggs and a pinch of Salt and Pepper.

Bacon & Kimchi Benedict is yummy with a Bloody Mary. Get Bloody Bens Mix with pure IoW tomato juice at:  https://shop.bloodybens.com/collections ... mato-juice Drizzle some Kimchi juice into your Bloody Mary to give it a little extra zing.

For this recipe, you’ll need the basic pancake recipe - here & in the link at the bottom.
INGREDIENTS
METHOD

First prepare your Pancake Mix, then cook your Bacon followed by the Pancakes, you want a stack of three. Fry an egg and remember, you want that yolk runny.

Butter each Pancake and then top the stack with your Fried Egg. Place your Bacon by the side and put your Maple Syrup in a pot and then drizzle over as your tummy allows.

With restaurants, pubs & bars getting ready to open, we're near the end of our cook at home brunch treats. Please share any pics you've taken. You might prefer this for lunch or dinner instead of brunch ...

Heat the Olive Oil in a small frying pan over a medium to high heat. When hot, chuck in the Chorizo pieces & leave to cook for 2 minutes, until leaking their ruby red oils and turning crisp at the edges.
Tip in the Black Eyed Beans and stir through the Chorizo. Add the Tomato Puree and stir in with the other ingredients. Pour in the Bloody Bens Bloody Mary Mix along with a splash of Water. Bring to the boil.
Reduce the heat a little and add the Spinach. Turn in the hot sauce until wilted. Use a spoon to create a small indent in the middle of the pan. Crack in an Egg and grate some Cheese on top.

Place a lid on the pan (if you don’t have a lid then find a suitably sized plate) and cook for about 4 minutes.
Remove the lid, scatter with Spring Onions and Chilli and get stuck in.

Bloody Bens Bloody Mary Mix is a blend of 22 herbs & spices, mainly used to make Bloody or Virgin Mary's, however it's amazing in cooking. You can buy it at many Delis, Butchers & Bottle Shops across South London.

Order it online at https://www.bloodybens.com/bloody-mary-mix/ Type NVN at checkout for a 10% Nappy Valley Discount. Offer valid till 31 July. Takes 2-3 days by post or we often deliver locally.