We have children at Bright Horizons in Clapham. The fees have just increased to just over £30k per annum for under 3s.

The nursery has had issues over the past year with a lack of staff and it's not uncommon to arrive only to be told that you can't drop off your kids yet because they don't have enough staff until later in the morning. That's obviously difficult to deal with as a working parent so I appreciate that fee increases may be required to offer better pay to attract and keep staff.

Nonetheless, the increase is pretty steep and it's the second time this year they've raised fees. Does anyone know what fees are like at other nurseries in the area and whether they also have issues with staffing shortages?

Can I double check is this £30K per annum for one child? That seems unbelievably steep.

Yeah, that's right. It's over £30k per annum per child. £2519 per month. It was about £24k per year at the start of 2022, so even accounting for inflation it's increased a lot this year. I'm reluctant to move nurseries because my kids have friends there, but at the same time, it does feel like too much to be paying for childcare.

Very much speculation but Bright Horizons are a huge organisation listed on the NY Stock Exchange so they likely keep their costs very low (wages?) and charge what they feel they can get away with.

Thanks redondo, you made me check my emails. My son is in another Bright Horizons, in Fulham. Luckily he is over 3. Under 3s fees in our nursery will be £2124 from 1 Jan.
I think BH can charge what they want because of shortage of nursery places in the area.
Our management always claim that they have long waiting list.
It is difficult to find a place for under 3s, not so bad for over 3s as a few schools have opened nurseries.
Yes, Bright Horizons is huge American organization, very much into saving costs on staff and food to cover overheads of the company's C-suit. 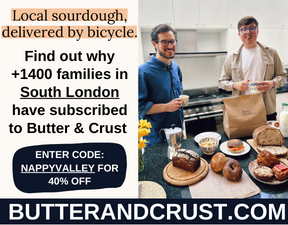 It's tough to withdraw children once they're there and have friends though. However there have been a few things recently that we have been unhappy about. For example, they make a point of throwing out the children's underwear in front of them when they soil themselves which is quite traumatic for the children.

We're going to see what happens. Some of our friends at the nursery are exploring other options, so it might make sense to move on as well.

Sorry but I would move them for the underwear thing alone!

Make your point by moving. Kids are adaptable. Parents worry too much. Please don’t fall into the trap of feeling hard done by but not do anything about it.

Yes I’m shocked by that, and totally against everything we are taught about potty training and positive parenting generally.

We have our son in Bright Horizons Southfields and we had an increase twice within a year with the same excuse. Our fees now are about 27k (for under 3’s) and they don’t give us a discount for a second child. I find it a bit ridiculous if I am honest. 54k for two kids

They are under 3 years old children not doing an MBA in university! lol. We started looking for alternative options and we are hoping to keep in touch with my son’s friends through playdates.

Perhaps find another similarly inclined parent in your class and look to hiring a nanny for £60k ?

All nurseries are suffering with fee increases and hard-to-get staff.
Have you found Apples and Honey Nightingale? I'm sure fees are not that high.
It just got an Ofsted Outstanding and it's a much better site, with a huge, secure, garden and outdoor space.

Redondo it sounds like a lot, especially if you have other concerns.

On the friend front, my son moved from his nursery of three years to the upper nursery of his school, to settle before Reception. We prepped him for months and expected him to miss his nursery friends. He forgot about them far, far quicker than we expected, and he has no idea of them now (he’s 5.5yrs).

We tried to keep in touch with his best friend, who also moved to his school nursery, but they both quickly resettled into their new environments and moved on. I’d be interested to hear what it’s like for others (the little friendships they have when you don’t have an independent friendship with the parent to reinforce a continued friendship between the kids).

OMG that is a lottttt. our kid went there back in 2015/2016 and it was like 94 pounds per day and we were shocked, but it was easy location jump in the tube go to work, so they are taking advantage of it. after 1 year we decided to move her to a lit nursery in Clapham north so worked too and honestly the staff was so good and caring and my kid absolutely loved it. way cheaper and loving, of course not the massive facilities, or fashion building, you pay for that. but no rotation of staff, family run. but this was 6 years ago.