What DO we want on Northcote Road???
Post Reply

Has anybody been to Manifesto, the new pizzeria where Park Road Kitchen used to be? Any good?

No and am waiting to hear since I have gone off the other 2 piiZerias on the road . Pizza da Valta on Bellevue Rd is wonderful though.

We tried the pizzas from Manifesto last night and they are delicious.
You can call them and order in advance which we liked.
Would recommend them. Nice and friendly.

Yes! We went to Manifesto at the weekend and I'm happy to report the pizzas were delicious! I've had so many bad pizzas in my time that I always groan when the kids decide that's what they want, but I have to say I would be happy to go here any time. I read somewhere that they prove their dough for about 48 hours and use none but the best fior di latte mozzarella. Anyway, whatever - it tasted really good, in fact second only to a pizza I had on Capri when I was 13. The red wine was also nice as was the organic cola (tastes like a healthy coke!). It's a tiny place (they don't take bookings) but they do takeaways. Please do try them as they're not in the best location on Northcote Road in terms of passing trade. Reasonably priced too. Just note that a couple of their pizzas (they only have a very small menu) are without tomato sauce. I had the 'daisy' (margherita). Just yum.

I can also vouch for Manifesto. We got takeaway pizzas and they were delicious with fresh ingredients. My three year old who had already eaten dinner had three pieces of my pizza! Plus the staff was incredibly friendly. We’ll definitely be going back again.

The pizza was amazing, really miles ahead of anywhere else.

Unfortunately the place was virtually deserted, its decor is stark anyway, but with nobody there it really didn’t feel very welcoming. 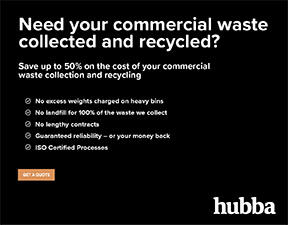 Since its recent launch I have been to MANIFESTO serval times already. I am a huge foodie and particularly enjoy a good pizza especially in London. I am Italian and have lived in London for 25 years so would say that this is the best in pizza I have so far experienced in the UK capital. The only place that will come close to Manifesto is Radio Alice but the concept is very different. Manifesto is such an easy and affordable concept that without doubt will attract many customers. Only 5-6 seasonal sourdough pizzas and some of the best ingredients you will find in any London pizza restaurant. I especially enjoyed “Pig & Field” as well as “Tomato & Co" The service was very friendly and accommodating, the wines organic and yummy. My kids keep asking for the delicious organic coke they serve and love to try different pizzas each time. This has quickly become a family favourite. Go try. You will not be disappointed.

Starbucks has closed (permanently), apparently in 20 years they only managed to make a profit once.


I noticed that too today, when driving past. Anyone know if there is already another shop in line to replace them?

Looks like Starbucks is struggling across NVN. Now both Starbucks closed on Northcote Road, and also the one in Balham. There is still one in the CJ station though.

In other news, the Macellaio RC restaurant has now opened up a restaurant in central London, in Fitzrovia. I believe they're doing 50% off soft launch offer until the end of October for anyone interested...

I can also say Manifesto is a hit with my family, even though I wouldn’t have gone to that end of Northcote Road otherwise. My nearly 5 year old and 2 year old love it and demanded it this weekend after eating there last weekend.
Agree the decor is stark but it’s nice and clean (and so are the toilets) and an easy meal with the kids.

Warrens is nice too, and indeed more reasonably priced than Gail’s. However, both times I have been there, I found them really slow on table clearing and cleaning have other people felt the same? Not nice to sit at a dirty table...

There are so many empty units now - I really feel like we could easily have more reasonably priced kids shops (kids next or baby gap would do well!) or restaurants with different cuisines (I am desperate for Mexican, good Japanese and Chinese dim sum! Yo sushi would do so well I think with families! ). Does anyone know what will be happening with the Jan unit?

There's a new cafe at the quiet end of Northcote Road, at number 184 (opposite SDS). It's called Uncommon Cafe and is well worth a visit -- excellent cakes and smoothies, good coffee, and friendly service.


I noticed that too today, when driving past. Anyone know if there is already another shop in line to replace them?

Looks like Starbucks is struggling across NVN. Now both Starbucks closed on Northcote Road, and also the one in Balham. There is still one in the CJ station though.

In other news, the Macellaio RC restaurant has now opened up a restaurant in central London, in Fitzrovia. I believe they're doing 50% off soft launch offer until the end of October for anyone interested...


Starbucks are moving away from been a creche for the fake workers who sit in coffee shops sipping one coffee every four hours so they can use the free wifi.

All the new Starbuck outlets have minimal seating if any.

I understand the Starbucks building on on St John's Road (the one that closed a few months back) is in a poor condition, and may well be demolished completely and replaced with a new but broadly similar-looking building.

In almost-Northcote-Road retail news, Flying Tiger (formerly just known as Tiger - there's already one in Southside) are taking on the old Maplin unit on St John's Road.  It's an unusual business, that seems to replicate a small part of the Ikea odds-and-ends area, but a browsable place and probably a good way to draw a little footfall further along the road towards Northcote.

And somewhat further afield, Whole Foods on Lavender Hill are likely to be expanding, taking on the long-closed-down (and, currently, run down and filthy) loan shop that's next door to their current premises.

I'm wondering if the old Carphone Warehouse on the corner of Battersea Rise will be demolished and rebuilt with something on the upper levels.  It's closed, and that building (I presume some sort of either bomb site infill, or maybe the consequenc eof some historic realignment of the road junction, akin to the Lavender Hill / Latchmere road realignment) is a bit of an eyesore.

Hopefully our Debenhams is safe in the forthcoming closure round.  As a historic department store it's not got the layout the company would really want, but it's busy (indeed a lot busier, as far as I can tell, than the larger and altogether more modern Wandsworth branch) and in a very good catchment. It could do with some work on presentation and range, but it remains an important part of the overall retail picture - and in drawing wider customers to CJ / Northcote / etc.  But having two branches within a mile or so is a bit tricky...

They were giving out samples of their food and drink today and it was all fabulous, and they seem to be very keen to make their mark on the community

The menu looks excellent and we can’t wait to have a proper meal here!

Another empty shop on the Northcote Road.  Apparently Between the Lines just packed up and left last week.