Help for a mum with teenager skin
Post Reply

Help for a mum with teenager skin

I am fed up of having acne at my age (mid thirties). I eat a balanced diet, most of the time, probably do drink a bit too much wine, lead an averagely stressful life, sleep OK. Save for the wrinkles, I look like a spotty teenager. I’m desperate to sort it out, so I’m looking for some tips of any fab local facialists/miracle workers, dermatologists or anything else I could try to get clearer skin. (Ideally without having to cut out everything such as alcohol)

I saw Dr Marsden at the parkside clinic in Wimbledon for this. I had a very positive experience. Apparently it’s usually not to do with diet but can be hormones and stress and can happen at any age. He prescribed antibiotics and they worked like a dream. I think any GP can prescribe these. Best of luck!

Hi!
I’m in my twenties and was really fed up with it! I did some research and in December started getting a murad facial which includes a peel from the lemon tree just off Northcote Road every 4-6 weeks. After about three days you skin clears up after each facial. I switched to all murad products and I am so happy to say that it has all cleared up and I could not beilve it!!!!! Murad has been amazing!

Hi,
I'm sorry that your are suffering. There are many reasons for your acne, and so much that you can do to improve the situation.
Have you considered seeing a Nutritional Therapist? I'm a Nutritional Therapist and Naturopath, and have a lot of success clients with skin and hormonal conditions.www.nutritionforlife.co.uk 07377 868911 /  alexgear@nutritionforlife.co.uk
Best wishes,
Alex

Fran at Lilly & Lime Beauty is a miracle worker. http://www.lilyandlimebeauty.com

I had the same problem! Antibiotics will help as will Tretinoin, which is Retino A, which speeds up cell regeneration. You mix a teeny tiny bit into serum every night into your skin after cleansing. Two nights a week I would stop that and use Mandelic Acid. Any good dermatologist should be able to help. I go to Dr Amy Hermon-Taylor. Good luck!

I also went through this in my late 30’s after only ever having spots in my teens all of a sudden I stared getting loads of spots ( almost boils). I went to the Dr and was prescribed antibiotics for about 6 months along with a cream and they all cleared up and I haven’t had them since.

Sorry to hear about your skin. I’m 40 and had a similar problem earlier this year. I went to see Dr Amanda Woods at Parkside Wimbledon. She’s lovely. I was diagnosed with rosacea. Similar to other users, I was given antibiotics for 3 months and a cream (Rozex). It cleared up very fast. I then was put on Soolantra cream for flare ups. I haven’t had to use it much at all for the last 2 months. I use La Roche Posay skin products which are designed for rosacea prone skin. Good luck!

Have you always had acne or has it only recently appeared?

As the replies above show, different things work for different people. You need someone to help work out the out root cause of your acne and try things that are relevant for that. For example if it's due to a hormonal imbalance (PCOS or similar) then facials and antibiotics are unlikely to help much but retinoids, Dianette or Spironolactone might. Your best bet is a good dermatologist. Epiduo cream from the GP is a good start as it contains some retinoid and some antibacterial.

I've discovered a brand in Sussex, Rock Rose Beauty, which is about to be launched either as healing balm, moisturiser or facial oil... it contains rock rose (cistus) essential oil which is very well known for its healing properties. So far the response to the products has been amazing - it works superbly on burns, scars and for a woman who was undergoing cancer treatment. If you are interested, please let me know and I could have a sample pot sent to you. Personally, I'd prefer not to go down the antibiotics route but I can understand your desperation!

Gosh I so understand.. I had acne into my late 30s. I tried a ton of things, then I read Trinny Woodall (of Trinny and Susannah) saying she'd had it too but that Eve Lom's cleanser with a muslin cloth had changed her life. Good enough endorsement for me! So I started using it once each evening and honestly it changed my skin completely within a couple of weeks to smooth, spot-free, just great. Couldn't believe it!

I think the muslin cloth (from Boots etc) was what made the huge difference - it exfoliates so gently and thoroughly - and that can be used with any gentle foaming rinse-off cleanser.

If you do try Eve Lom, you need very little - say 1/4 of a teaspoon - massage in well, even to remove eye make-up - and then use the damp warm cloth to massage gently in small circles until it comes away clean - finally rinse well in cool water.

She advises no night cream for a while to allow your skin to normalize, just eye-cream. I found that made a huge difference too. And a bit of Germolene nukes any occasional spot you do get almost overnight!

Sorry - lots of info but all these things have turned night into day where my skin was concerned...I hope that this or another contribution here will help!

So before anybody get's upset and says that this is extreme I'm simply relaying some information about a treatment that proved to be 100% effective after years of failed alternatives.

My ex had experienced years of skin problems that had started to leave permanent marks especially around the jaw line and this was starting to present emotional/psychological implications.

She went to see a private clinic on Harley Street and was, after two consultations and a number of precautionary tests to check that the potential for side effects was limited to within reasonable / acceptable probability a course of a drug called Roaccutane.

I've posted a link to the NHS site below as there is a fair bit of web content on this - some useful, some rather un helpful and the usual 'shouty', ill informed stuff - noting that ALL drugs have side effects.

This worked for my ex with non of the side effects other than the physical, short term ones that are 100% expected.  It wasn't cheap but it did fix the problem.  Her confidence improved and she didn't spend her time worrying about when the next outbreak of acne like inflammation was coming.


Hope this is helpful and best of luck

Thank you so much for everyone's replies. A lot of ideas to try, so helpful!! 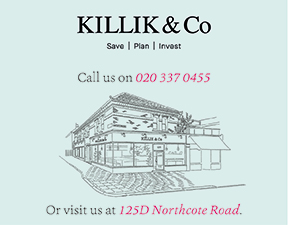 Hi
I saw an article about this in The Telegraph.

I've attached a scan below...

Mandelic acid serums are great for acne prone skin and are anti bacterial and help fade blemishes caused by them as well as hyperpigmentation from sun exposure. The Ordinary sells one which works for me although I only have an odd breakout once in a while and definitely a hormonal link for me. I am late to the skin routine party and do find it takes a but of trial and error to see what works for you without getting sucked into the heavy expense of it all or finding products are just too harsh. I would think a recommended dermatologist would be very helpful as well.