Removal Company to Avoid (like the plague) BRISK REMOVALS

Alarm bells rang when I read some of the reviews of this company, but following credible (at the time) explanation of the reviews and a visit to quote full of promises and assurances we went against better judgement and chose Brisk. The “thank you for putting your faith in us please send a deposit” email that promptly followed was the last time that any experience/interaction with this company could be described as being remotely professional.

Response to email thereafter became slower with constant chasing required. Additional costs were added to remove light fittings which should have been included in the quote (I ended up removing light fittings myself before the move). Despite having a ‘dedicated move manager’ in Muaz, he was almost impossible to get hold of leading up to the move, which culminated in confusion over the packing date.

On the day the packers came, 2 young boys turned up and sat outside our house waiting for packing materials for 4 hours. Once they finally arrived those materials consisted of industrial cling film, paper and boxes. Despite moving an antique piano and expensive artwork there wasn’t a blanket in sight…
The late start led to the packers running out of time on the packing day (and tape??!!), and hence were still packing the following day when we should have been moving house. Although the packers worked very hard, they were not professionals (one confirmed he was between jobs as an IT worker, one was a student).

On the day of the move Muaz didn’t turn up. Our dedicated move manager decided to have his phone switched off until after midday and couldn’t comprehend at all why this was an issue, only to inform he wasn’t going to be coming at all.
He was rude on the phone told us that the mix up with the move date was going to cost hundreds of pounds more.

On top of this the 2 vans that he had quoted were not enough to move all of our possessions and we would have to pay for another van or have possessions left at the old house. I chose the latter given all trust had now gone which resulted in 3 days of me and a white van...

It was simply impossible to reason with Muaz, or even to get my point across (repeatedly talked over and shouted at). He then threatened to take our possessions into a storage facility if we did not pay an additional £775 for the move (the quote was £1600 originally and £2375 was demanded).

At this stage we were in dispair and not wanting to lose our belongings and ruin the move day further I paid the additional cost - I had no choice. Muaz confirmed that some of this additional cost would be refunded post move as part of a ‘customer dissatisfaction’ refund but needed it paid upfront ??! – I guessed what was coming.

On arrival at our new house one of the movers had ‘quit’ on the job and one other said that this was the last move he would do for this firm. The same person explained that “this is a take”.. a term until that point that I was unfamiliar with. I now know this means 'CON'. The mover confirmed all fears.

Shortly afterwards one of the movers confided that Muaz was about to call to increase the price yet further (despite me already paying the new inflated price), and that they had been told not to unload the last van.

My only option at this stage was to block the van in with my own vehicle, and demand they open it. After some time pretending not to know the code to the lock the van was opened. At this stage I asked for the keys to the van to prevent any further issues. I then unloaded the van myself with help from the packers and family...imagine the stress.

On top of all of this we are currently claiming for all the damages to items that occurred. How can you expect to be damage free when you only use paper and clingfilm!!!!

A truly and deeply traumatic experience. The experience ruined our first few weeks in our new house, and only after this period of time did I request that I be refunded the £325 that had been promised as a ‘dissatisfied customer’. We were then sent through a document (unsurprisingly) that waives our right to sue and waives our rights to post negative comments on social media and review sites. WE WILL BE DOING NEITHER AND I WILL NOT BE GAGGED. This review is costing me a £325 refund but it is not worth every penny if you read this and choose to use another company. Please please please AVOID!

Happy for anyone to DM me and I can fill you in. Please please do not use BRISK REMOVALS, this is not a reputable company.

Sounds awful but frankly I was amazed at the cheapness of the move . Whilst I don’t know how big your house was , less than £3000 to move sounds outrageously cheap. I moved from a big 3000 ft house last year and paid over £8000. I think you get what you pay for . Sorry.


This is entirely untrue.

We moved recently from a 2,500 ft2 house, with a lot of possessions, a move that took four days.

We moved with Burke & Wills, one of the most reputable firms, and paid less than half of what you quote. We had a similar quote from Gentleman & Van, also a reputable firm, so the OP's quote seems about right for a two-day move.

Just use Burke and Wills. Used them three times and never had a problem. You should take these dreadful people to the small claims court.

I can’t believe someone would justify their actions as ‘you get what you paid for’. They bribed us and held all of our processions until further payment was made. It wasn’t a 3000sq foot house more like a 1700sq ft house and ALL of the other 8 quotes we got were comparable.

JennaKravitz wrote: ↑
Wed Nov 18, 2020 9:24 pm
Terrible. Thank you for the information. I did not know about that and always used brisk removals, but not anymore


Jenna, does it mean your experience with them was different than Dolly's? You say you have always used Brisk Removals, that implies more than once. More than once on the other hand means that you were satisfied with their performance. Care to please describe your experience? No red flags all around?
Dolly, I am so sorry for you misadventure! As if moving itself wasn't stressful enough, you were also put to something like THAT. I am glad there is at least a remotely happy ending.
I can also add another vote for Burke and Wills. 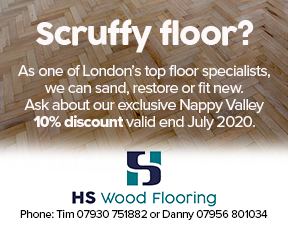 Wow, I was shocked too..

What a horrendous experience - so traumatic at an already stressful time. I hope you manage to get some compensation for the damages. Thank you for sharing.

JennaKravitz wrote: ↑
Wed Nov 18, 2020 9:24 pm
I didn't use them anymore, because this post made me think about brisk removals. I was in the most genuine shock, thank you for sharing this information with other people, preventing them from using it. As I can see, a lot of moms and women did not expect this, so you were able to bring a lot of people to reason with your post. Yes, unfortunately, using them is not a good idea. At least for this reason, it would be worth contacting if you happen to be passing through London. Is there someone from England here?