Hi
Can anyone recommend a nursery for a two and a half year old, just a few mornings a week?
Somewhere close to Wandsworth Common and Earlsfield and preferably with outside space

Better you choose a nursery that is nearby your area. For this you need to seek referrals from friends and neighbours.

The Montessori school on Chestnut Grove is fantastic - my boys spent a total of 5 years there and I couldn't fault it.

Sorry just realised you mention Earlsfield/W Common so Balham may be too far. 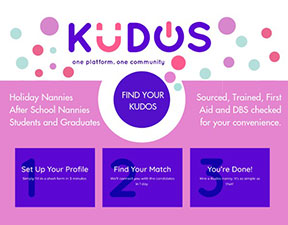 Have you looked at Mayfield Nursery? It's a family-run nursery, tucked away in the Springfield Hospital site, just off Burntwood Lane so it sounds like the location may suit you. I have two children there at the moment and do not have a bad word to say about it. The staff are all really lovely and rarely leave (which I take as a very good sign). There are three rooms, all of which are really large and there is a huge garden which is what appealed to me when I chose it. They also have separate sleep rooms which I think is a great idea as it means that the little ones who need to sleep aren't disrupted by those who don't. You can do the virtual tour of inside nursery on Google which I found really useful as it's hard to take it all in when you visit. I did lots of research before choosing a nursery and asked current mums which was really helpful.

Our two girls have been at Bright Horizons Wandsworth since they were 6 and 9 months. It has an excellent Ofsted rating but more importantly, in every room they have been in (baby/toddlers/preschool) they have both formed incredibly strong and loving bonds with a number of the ladies who care for the children. It is genuine love and warmth (so much so that smallest wants to visit one of her carers who has moved to a different branch of the nursery near Canary Wharf!) and they have both thrived in that environment. It has great outside areas and the management is both fantastic and flexible, definitely worth a look.

I would second Mayfield Nursery. Raj and Jyoti run a great team there and my son was very happy there from when he started at 11 months until he started at school.

We also loved the outside space, and the nursery really maximises it.

Our DS was at Eveline Nursery on Geraldine Road before he started school.

Not sure you're still looking, but for this age group and morning-only care you can't beat Fledglings on the Common, off Chivalry Road. (This was formerly the Bolingbroke One O'Clock Centre and is still marked as such on many maps.)

Lovely staff, excellent outside space, and very affordable. Both my sons attend(ed), and couldn't be happier.

I second Bright Horizons Wandsworth. Incredible nursery with wonderful, caring staff. They are rated OFSTED outstanding. Have had a brilliant experience with this nursery over the past year and a half.