Are you aware that developers have made an application to Wandsworth council to build 28 residential properties on the Balham Bowling Green site? Application number 2018/1741

Full details can be found here;

1. There are very few green leisure / sporting areas in Balham. This land should be used for sport or recreation for the community. If the use of the land is changed and it is built upon for residential purposes then we will lose this space forever. Whilst the need for new housing is understood/appreciated, there are many other locations for this and it should not be at the expense of very rare green open spaces, which should be conserved for future generations.

2. The entrance and only access to the development is from Chestnut Grove, opposite Chesnut Grove Academy (the TX Maxx delivery entrance a few meters up from Old Dairy Mews.) This is on the busiest stretch of Chestnut Grove; during rush hours cars line up from the High Road back to the second roundabout. This development will add further to the heavy congestion. Cars would be accessing the development across a pavement where there is heavy pedestrian traffic. Safety concerns about school children and pedestrians using this road have already been raised on several occassions by concerned local residents.

3. There are not enough car parking spaces in the development meaning additional pressure on the already strained parking situation in the area.

There are further implications for the residents that back onto the development or who live in the immediate vicinity, however the points above should concern the wider community and are perhaps the most important issues for discussion here.

For information there was a previous application to build on this site (2006/0890) which was refused for the following reasons:

Does anyone know if anyone’s been using the land for recreation, since the bowling club stopped using it and when that was? There might be scope to register it as a village green.

they own the telegraph pub in brixton

There’s some great detective work here. Hopefully developers won’t get the go ahead.

Thanks everyone for highlighting the issues here, especially Annabel in the mail out, without which this would just pass most of us by before it is too late, a bit like the aforementioned "community consultation" (ha ha).

Before the site was closed off a few years back I spoke with some people who were camping on the site - a young woman from Latvia was one. Don't know if that counts as recreational use?! Registering as a village green sounds appealing.

We are fully aware of the application at the former Balham Bowls Club and are keeping a weather eye on the proposals. Now the application is on Wandsworth Council's planning portal (2018/1741) and the public consultation is running please submit individual objections.

We will do all we can to represent local residents' views and to ensure that any proposed development is designed with the people of Balham in mind.

I think it's too late to apply as a village green unfortunately as it's not been used for over a year. What a shame. I think it could potentially be designated as a Local Green Space though as particularly as Balham town centre is an open space Deficiency area. More on this In the London Plan : https://www.london.gov.uk/what-we-do/pl ... ng-spac-20

Objections to the development of our 'unused' green spaces shouldn't solely be confined (and I do think they are justified in doing so) to their effect on nearby existing housing and their residents. How about simply trying to preserve them for their intrinsic value as a whole?


According to the natural-historical value view, natural entities, including species and some ecosystems, have intrinsic value in virtue of their independence from human design and control (Katz 1992) and their connection to human-independent evolutionary processes (Rolston 1986). This is the conception of intrinsic value that Soulé appeals to in his normative postulate: "Species have value in themselves, a value neither conferred nor revocable, but springing from a species' long evolutionary heritage and potential" (Soule 1985). Although the idea of natural-historical value is conceptually coherent, it has proven to be difficult to justify. That is, it is not easy to explain why natural-historical properties of species and systems are objectively value adding (Sandler 2007).

I fear that given the ownership of the land will determine its fate to a large degree. But I will be objecting nonetheless even though I don't live anywhere near the site.

Good luck to everyone in their protest of this development - and please spread the word.

Thank you so much for all your comments and interest. Today is the last day to register an objection. Many thanks.

Just checking the council website and the comments period now ends on May 31st so a bit more time for comments thankfully.

My objection this evening to this proposal:

This proposal reeks of corruption/collusion/pre-approval. The faux shell company based in the Isle of Man as applicant. The usual suspects providing the "expert reports" supposedly backing up the application and the ridiculous long-winded justification of pre-consultation, which hilariously even stated that the planners are NOT INTERESTED in the impact on surrounding residents! (For example - Tree Projects is a company that befriended an old man who owned the Beecholme Tennis Club in Thurleigh Road to the extent that it was left to him in his Will, on the "condition" as part of the Will, that he could build one house for him and his family on the land. We all know what happened there under the eye of Councillor Mc Dermott as chair of the Planning Committee at the time and the faux facts and obfuscation of Mr Granger, Cronin, the incumbent developer etc. to that same committee, the Local Government Ombudsman and even the High Court!) Read all about THAT debacle here:

Montague Jones, the planning consultant in this case, was also involved with that application. It's a very obvious repeat pattern of, on the surface, protocol, rule conformity, yet they post-rationalise and argue ANYTHING, just to waive it through at the planning committee hearing. I feel for your community. The Thurleigh Road Community has been rolled over by Martin, Reilly, Cronin, Granger, McDermott, Sweet et al. Case Officers were made to resign / were made redundant because they were sticking to the rules and applying the law in their decision making process. Look at the pictures here, (scroll down), - this is what they did to a VERY similar backland leisure site - OUR community:

The planners' M/O is that they boast Council Tax is LOW in Wandsworth. The reason this is so is that they sweepingly approve mass development BECAUSE they GET PAYED in the form of Community Infrastructure Levy (CIL), millions of pounds, meaning, they are incentivised to APPROVE controversial schemes. By approving these schemes, many many more Council Tax payers are created. The applicant will be jumping through hoops like "we have consulted the locals" and "the land hasn't been used for leisure for ages" etc etc (within the planning proposal document), and will be arguing that this is a great use of the land ... of course, FOR THEM, because they stand to make multi-millions of pounds profit from the scheme, and the Council will make in a realistic estimate 2/3 million pounds from CIL. WHAT of the local residents? What are they left with? And all of this in a Conservation Area which have, supposedly, more restrictive policies guarding development which is aimed at preserving the character of the area. This scheme will be approved by the planners because they have SOLD OFF the actual bowling club building and split the freehold. NOW, the bowling green area is SEPARATED from the club building. This ENABLES planners to faux-justify that this is just a disused/overgrown underused site and that it is NOT a leisure facility, DESPITE it still having land classification as such. NOTE: on the application form it STATES that once bulit, the land WILL STILL BE a LEISURE FACILITY CLASSIFICATION, and residential/dwelling usage. This is what they do - obfuscate and mislead - so when Granger presents this to the planning committee it LOOKS LIKE all is well and that there will still be some kind of LEISURE facility as part of the development - THERE WILL NOT BE! Look at the plans. There will be a very poor bunch of flower beds in and amongst inadequate car-parking provision. The specifics of the scheme which do not and WON'T work will be things like trash collection and car parking, landscaping etc. These issues get pushed into "conditions", i.e. the permission WILL be granted, "subject to conditions". This effectively means the planners wash their hands of anything contentious. The developer is then charged with applying to release the conditions, which, down the line, the planners hope by then that the local community is worn out by the challenge process, and just waive them through if they at all can. Wandsworth planners are blighting the borough with no REAL/TRUE/APPROPRIATE/PROPORTIONATE vision for the next generation who will have to live here.

Unfortunately, land for development in Wandsworth is in short supply, so I would bet that this WILL get the green light unless there will be extenuating circumstances as to why this can't go ahead. The sad thing is that any potential development will not incorporate any affordable housing and will no doubt be crammed with three storey townhouses with a price tag of at least £3m. All profits will be safely then be squirreled away in some Manx bank, no doubt, and the elite all round will be happy! 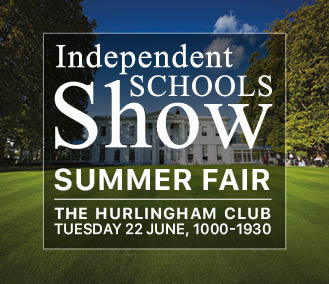