Anna White, property writer for The Telegraph, sums up the housing market in the super-suburbs of Nappy Valley after an unprecedented 12 months 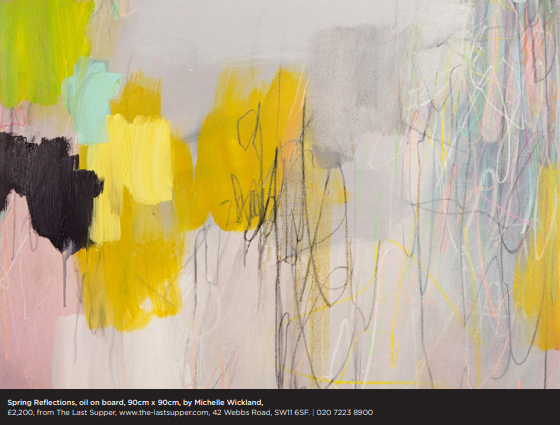 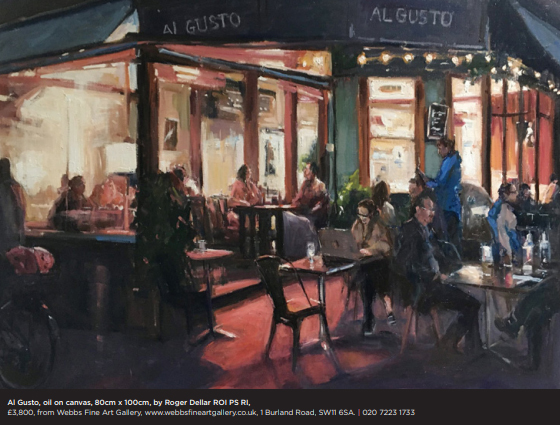 Historically low interest rates, the amassing of savings during lockdown and the collective easing of anxiety are expected to drive sales and renovation projects in south-west London in 2021.
The leafy boroughs of Wandsworth and Lambeth have risen in popularity over the course of the pandemic as wealthy families relocated from inner London to the super suburbs for more space.

Despite the lingering economic impact of the coronavirus crisis, local property experts believe that the market is in the process of stabilising, as a result of the speedy vaccination roll-out and arrival of spring – after a frantic and unpredictable 12 months.

WHY THE PANDEMIC PUSHED UP HOUSE PRICES

The Covid-19 pandemic cranked up uncertainty in the housing market to new levels. Never before in the history of modern recessions has national GDP (a country’s income) fallen while house prices have gone up – to the surprise of politicians, property experts and homeowners alike.

In the capital, house prices grew 6.2 per cent since the property market was shut on 23 March 2020 to December – the fastest rise since 2016 according to one estate agent.

But why? Firstly, this disaster is economically different to the debt-fuelled global financial crisis when householders saddled with debt, hurriedly flogged their homes at a discount, causing prices to tumble.

Secondly, Covid came after a prolonged period of pent-up demand to move house, which was then extended by the lockdown. “Life went on during the build-up to Brexit. People still got married, born, divorced and down-sized, so they needed to move. But they weren’t inclined to do so due to the ongoing political uncertainty,” explains Patrick Rampton, founder of estate agent Rampton Baseley.

Upon the Conservative party election victory in December 2019, the floodgates opened and then shut when society, and the property sector, was locked down in March.

Rampton describes the lockdown as “the dramatic combination of the twin frustrations of the Brexit-effect and a six week long Boxing Day” when householders peruse property online and make a plan to move on.

The result was a swell of business in south-west London, particularly in the borough of Wandsworth. “A veritable tsunami of activity overwhelmed our patch. In the six months from when we were let out (mid-May until mid-November) as many properties changed hands as they had done in the previous 12 months,” he says. 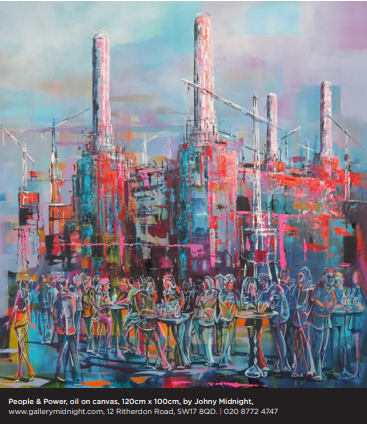 In fact, an estimated 73,950 homes were bought outside the capital by people moving out of London in 2020, according to one national agent. This marks the highest total in four years. On average these buyers moved 41 miles with south-west London leavers, in the main, heading for Sussex and Surrey.

But the headlines did not depict the complexity of market and simultaneous movement by different tribes. As second and third steppers moved out in search of more space they freed up two- and three-bedroom family housing stock with small gardens for first- and second-time buyers.

It was a dynamic witnessed by Vatche Cherchian, Regional Director of Portico. “The much sought-after large family homes between the Commons don’t come on the market frequently and owners hold out for the right price; what we witnessed was a boost in sales particularly of first-time buyers helped by relatively cheap lending, the stamp duty holiday and 5% mortgages.”

At the same time, wealthy families from the exclusive residential enclaves of central London relocated to the super-suburbs of Clapham, Balham, Wandsworth Common, Wimbledon and Putney wanting much larger plots, while other existing residents of Nappy Valley upsized within their area.

The number of homes sold in the super suburbs between July and October was up 31 per cent compared to sales growth of just 12 per cent in zone one.

“There was a strong sentiment amongst sellers for moving out further afield with the backdrop of being able to work-from home and the desire to get more space and
larger gardens in a rural setting. We are also seeing homeowners switch cities to get more for their money. However, there was no shortage of buyers looking to move in and buy properties in south-west London,” says Thomas Crabtree, regional sales director at Marsh & Parsons.

“We are seeing a lot of first-time buyers who are currently living back at their family homes in the Home Counties purchasing one- and two-bedroom flats with gardens and taking advantage of the stamp duty holiday,” he adds.

While the large period homes in premium areas such as the Nightingale Triangle or Wimbledon Parkside always have a waiting list of buyers, first-time buyers looking for a garden flat headed to pockets such as Tooting Bec, Southfields and Earlsfield.

“Previously these buyers may have bought smaller properties with no outside space. Homes that have extra room to work-from-home are definitely popular too,” Crabtree says.

The resilience of the boroughs of Wandsworth and Lambeth – with their broad appeal from first-time buyers to families and even downsizers – is clear from last year’s house price rises. Property values in Wandsworth increased by 2.33 per cent to an average of £618,513, according to the latest data from the Land Registry. Whereas prices in Lambeth rose 5.39 per cent to £548,660. 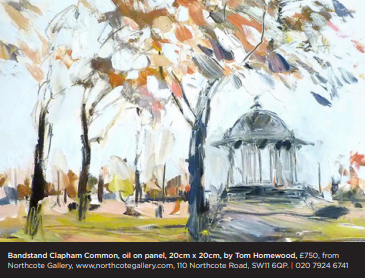 THE MARKET BEGINS TO NORMALISE, FOR NOW

A miserable Christmas followed by the January lockdown and the Beast from the East II curtailed the unexpected 2020 property boom. Although, according to Rampton, new instructions, viewings, offers and deals were above February 2020 and even February 2019 levels.

“I sense a change in the air,” he says. “To generalise, national anxiety seems to be easing, the children are back at school, hospitality is set to reopen and spring has arrived.” On top of this the vaccination rollout continues at pace.

Portico agrees. “We’re in for a really good Q3 and Q4” says Cherchian. “I think things will revert to pre-Covid times.”

Austin Thorogood of John Thorogood is also optimistic for the rest of 2021.

There are other fiscal factors too that will define the 2021 market. As the stamp duty incentive draws to a close in September it will be replaced at the bottom end of the market by the government’s
reinvention of the Help to Buy guarantee scheme.

In the March Budget, the Chancellor Rishi Sunak announced statebacked mortgages with deposits of just five per cent. The government will guarantee the loans, enabling lenders to offer mortgages of 95 per cent of the purchase price on properties worth up to £600,000. This will help first-time buyers clamber onto the ladder after a year when high loan-to-value mortgage products were scarce.

For Rampton, there are other themes at play in this spring market which will power purchases.
• Very low interest rates
• Massive growth in money supply
• Personal lockdown savings of £1.5tr across the UK and invariably weighted to London
• Potential wage growth
• The prospect of more working-from-home
• The belief that property is a great inflation hedge.

“Unlike the last recession, the economic system is not fundamentally broken and a large proportion of the homebuying population have not lost their jobs. According to the banks, the employment and wage-earning future for that tranche of society looks bright and mortgage lending is at its highest since 2007,” he says. Although one of the lending traits of the coronavirus crisis is that lending to the self-employed is constrained. 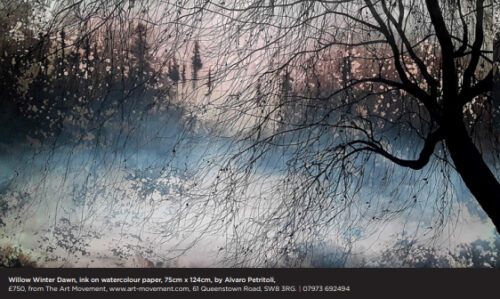 DOING MORE LIVING IN OUR HOMES

While moving house has been the focus of the media, many people – wedded to London – have renovated instead. Viki Lander, creative director for architectural and design practice Ensoul says activity has been driven by two types. Those moving into Nappy Valley and wanting to fully renovate, and those who have been living in their property for five or more years – spending more time at home was the push they needed to wholly upgrade.

Rory Gordon, founder of Good London Builders agrees that the renovations sector is now in the midst of the post-lockdown boom. “Being at home 24/7 has made people sit up and think about how their house works for them.”

Both Lander and Gordon agree that people have not been on holiday and are adding that spend to their renovations budget.

The obvious trends are the creation of more separated stations or rooms to workfrom-home, often for both members of a couple, Lander points out, garden projects and play space for the children. She has fitted soft playrooms with climbing walls and plunge pools.

But, homeowners are looking long term too at life beyond lockdown, she says. Below-garden basements are back as the best way to add serious size to the home and considerably increase value. Gordon seconds this. “The demand to do basements never really went away but the number of conversations we are having with clients on putting gyms, home offices and family rooms
in them is very noticeable,” he says 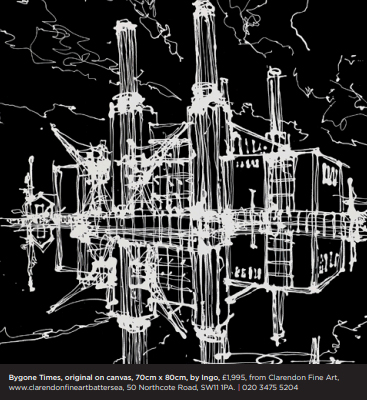 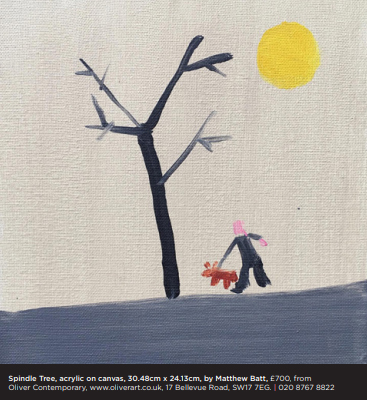 Homeowners are dreaming of entertaining with cellars, wine displays and bars on the rise too, says Lander. Kate Strong of Run Projects says the ability to entertain at home continues to be of huge importance to people. “Clients are requesting large format dining tables and garden rooms,” she says. “Cinema rooms and projectors are being invested in too to make the home more experiential. We are even working on a project to build a room to accommodate a golf simulator.”

Gordon says the outlook is positive for renovations: “There is a light at the end of the tunnel and we have projects scheduled until 2023.”

Back to sales and Rampton Baseley’s Patrick Rampton agrees. “The biggest improving factor is sentiment and people are starting to feel happier,” he concludes.