Search Features
Search Conversations
You are here: Home > Latest Reviews & Features > Do you know the way to Le Relais.

Do you know the way to Le Relais. 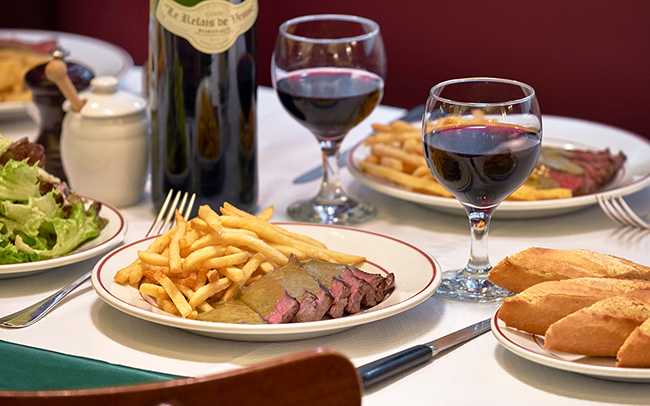 Yes it’s a cliché but you just know deep down inside twhen a restaurant offers you a menu the thickness of a Harry Potter novel the food will be terrible. Less is more, and in terms of menus you can’t get much less than Le Relais, offering a dazzling choice of single starter and main course. Les Relais is a mini global chain with three branches in London, there’s one in the city, one in Soho and the one we were off to in Marylebone.

These days Marylebone is better healed than a pair of Jimmy Choos, and Le Relais on Marylebone Lane is in the centre of all the blingy glitziness. What was an area of medium range eateries and drinkeries is now home to Ivy’s and wine bars, and where even the chippy now takes reservations. 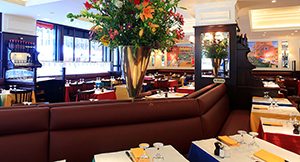 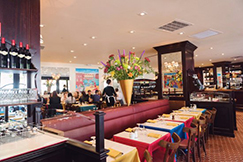 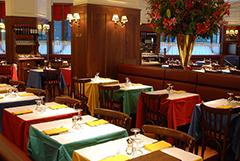 We’d started the evening at one the wine bars, 28-50, where I’d enjoyed a Sangiovese of such succulence my taste buds were now desperate for their next fix. That Friday night I was double blessed as I was accompanied by both the Delightful Dining Companion (DDC) and the Queen of the World (QOW.) Yes they are different people.

To go with its short menu, Le Relias has a long queue, testament to its no reservations policy. We arrived about 10 to 7pm and had to queue for about 15 minutes. I’d recommend the earlier the better.

I don’t think the interior could look more French, lush red carpets and table clothes abound, complemented with shiny brass railings and art noveau posters. It was so Parisian you could almost smell the tear gas.

Word of warning, if you don’t like steak don’t come here, entrecote steak and chips is your only choice for a main course, your input limited to deciding how well you’d like it cooked. For starters you’re given a walnut salad with house dressing. They were very understanding about the QOWs nut allergy and served up the walnut salad sans walnuts, this amounted to leaves in dressing. For me this was the only sour note of the evening. 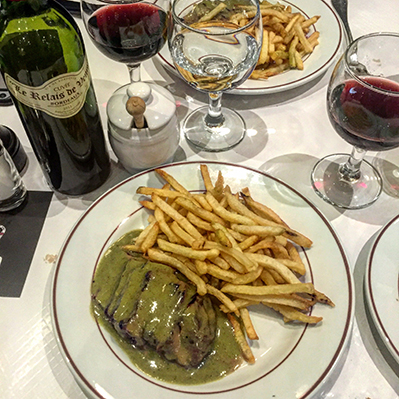 It’s a good salad though, the house dressing with the secret recipe is as oily and salty as an anchovy without the fishiness. Biting in sent my unami taste centres into overdrive, and my hand reaching for the wine glass.

In keeping with the idea of simplicity I’d chosen the house red from which the restaurant eponymously takes its name. There is a good choice of wine available here, but the house red was a great choice and went with both the starter and main very agreeably.

Both I and the DDC choose to have the steak medium rare, whilst the QOW went straight medium. I ended trying both, and to be honest there wasn’t much between them. The quality of the steak though was high, the chips some of the best I’ve had and the sauce a wonder of savouriness. 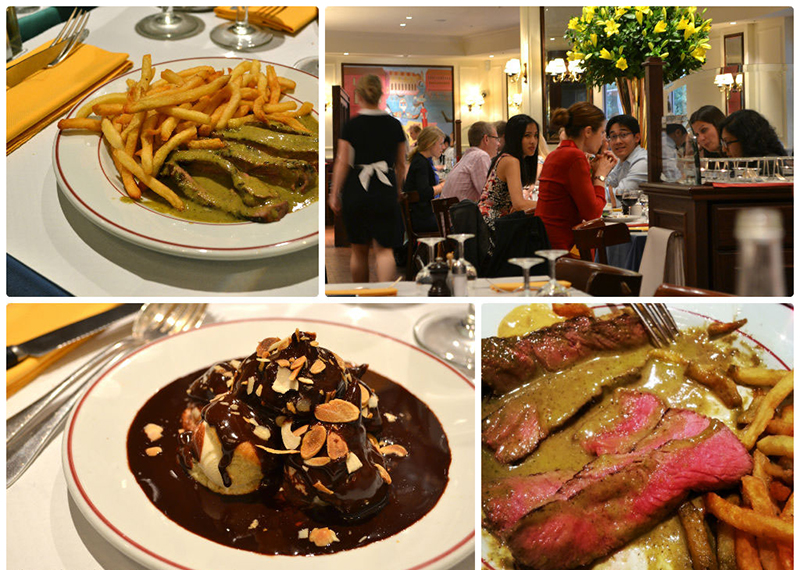 For your money (set menu £24) you get two rounds of steak frites, which was for me exactly enough leaving me enough room to launch with the DDC onto the cheese platter. This is about £7.50 a person, but in the deal of century you can add a glass of port for only another 80p.

The selection was good, and I enjoyed each morsel even though they’d run out of my favourite blue cheese. The QOW was happy with her crème brulee, and it certainly looked well made. I had thought there wasn’t much you could do to ruin the dish until recently tried one at the Boisdale which made revise my opinions (don’t add currants.)

The bill when it came was, I felt a very reasonable £137 for three people, all of whom had three courses, wine and an extra port. So if you like steak and chips, and you’re looking for a West End night out that won’t break the bank come here, because you know it’s relais relais good.

D.I.Y pizza kit from Well Kneaded – nearly as good as the real thing.

This might surprise some people, but I am not that keen on takeaways. The food has always stewed somewhat by the time you get it. ... Read Feature

Sainsbury’s, Balham, is a key service for the people of Balham and nearby. Due to how large the store is, its proximity to the ... Read Feature