One of the consequences of lockdown was that Dulwich College was unable to end the year with its traditional Founder’s Day event; the last time this happened was in 1941. Undeterred and conscious of the 3,000 friends and family who attended last year’s 400th-anniversary celebrations, the College instead created a virtual gathering in the form of a series of 12 films that went live on Saturday 27 June, the day that the event on campus would have taken place. 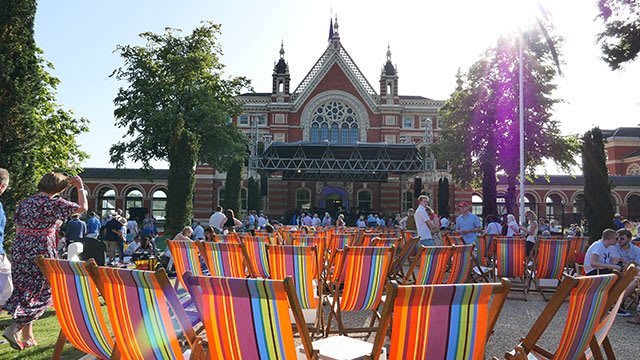 Viewers were encouraged to begin with the Opening Ceremony film, which included a welcome from the Master, Dr. Joe Spence, as well as performances from pupils in DUCKS and in Years 6, 11, and 12. Other films included ‘Dulwich in Lockdown’, a compilation of multifarious accomplishments and undertakings, including remote learning, co-curricular activities, community work, and charity fundraising. Films were also compiled by Drama, Dance, Art, and Old Alleynians(alumni of Dulwich College), which showcased just some of what has been achieved during time away from the College.

The series of films that share some of the pupils’ activities and fundraising achievements during this unparalleled time in the College’s history is still available to view here.

The Eaton House Schools CEO, Mrs Luchie Cawood, has created a new Christmas charity initiative for Eaton House The Manor as a way for the ... Read Feature