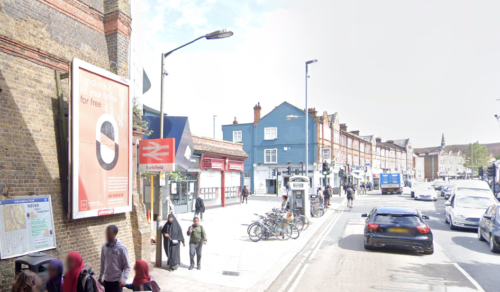 Earlsfield, over more recent years, has become the Borough of Wandsworth’s up and coming neighbourhood. With a history of being overlooked by its more widely known counterparts, such as Clapham and Wimbledon, Earlsfield is beginning to gain the recognition it deserves. Earlsfield has seen an increase in new residents and sales on houses and flats. The neighbourhood, Earlsfield, has been dubbed nappy valley due to its family friendly nature. This comes about as the neighbourhood develops its facilities and nurtures its natural attributes to gain its reputation of being an extremely safe place and home of a friendly community.

Part of what makes Earlsfield such a family friendly neighbourhood is the vast selection of schools within its proximity. It is known that many of the children living in and educated in Earlsfield choose to remain in the area, confirming the level of satisfaction of living and educational standards in the neighbourhood as high for all age groups. There are a wide range primary schools local to Earlsfield, including OFSTED rated outstanding schools such as Earlsfield Primary School and Wimbledon Park Primary School. For secondary education, there are two co-ed academies, Southfields Academy and the Ashcroft Technology Academy, and there is Burntwood Academy, an all-girls secondary school.

Earlsfield is known also for its abundance of green spaces, adding to its reputation of family friendly. One of the best known open spaces is Garratt Green, located off Burntwood Lane. The area is flat, wide, and gated, making it an ideal space to take young children and for dog walking. Not too far from it, is the Garratt Park allotments which are popular for the locals who enjoy a bit of gardening. King George’s Park is known for its beautiful greenery amidst the busyness of the city. The park is approximately 55 acres large and offers a popular tennis club, ensuring everyone can get a healthy dose of exercise and fresh air in this wonderfully family friendly neighbourhood.

For those who want to unwind by hitting the town, Earlsfield has much to offer. Some popular places to eat include The Earlsfield, a chic restaurant located by the rail station. The Halfway House is a local favourite for a Sunday roast and its selection of beers, ales, and wines as well as its large garden. The Jolly Gardeners is a gastro pub owned by 2010 Masterchef winner, Dhruv Baker, and is another popular choice in the neighbourhood. Some local favourites for bars and pubs include, Graffiti Cocktail Bar, The Wandle of Earlsfield and The Leather Bottle, all of which are located on Garratt Lane.

Another key aspect of the neighbourhood is the transport to, from, and within the area. The trains from Earlsfield station to Waterloo are regular and take just 13 minutes. The nearest tube stations are Southfields and Wimbledon Park which are both on the District line. The local bus routes consist of the 270 to Putney Bridge, the 44 to Victoria, and the 77 to Waterloo. The area is very close to the M4 for the convenience of drivers and to cycle from Earlsfield to Victoria would take approximately 35 minutes.

Finally, Earlsfield has an abundance of beautiful town houses which dominate the local property market and make the neighbourhood so chic and pleasing to the eye. The majority of these houses have distinctive features, like their late Victorian and Edwardian terraces, adding a sensational touch of the past to the architectural aspects of many of the Earlsfield properties. Many of these houses boast three to four bedrooms and a garden, making them perfect for young families.

All of these factors which contribute to the well-being, safety, and productivity of people are absolutely vital, and Earlsfield is rich in these.

Local Construction company, Greensheen who has their head office and showroom on Northcote Road has recently won two very prestigious awards for their stunning and ... Read Feature

It's the small details that make all the difference

At Roundhouse we believe in the importance of the detail in your kitchen and furniture. This month we look at integrated handles in a bespoke ... Read Feature

How to choose the best loft conversion type for your property

Buying and selling properties can be timely and stressful which nobody enjoys going through. But if you need more space, it can seem like the ... Read Feature