Long have we (rightly) blown the trumpets of the mum-preneurs in Nappy Valley, but now it’s time to shout about the men creating bespoke businesses that put the heart in to our neighbourhood, says Georgina Blaskey. 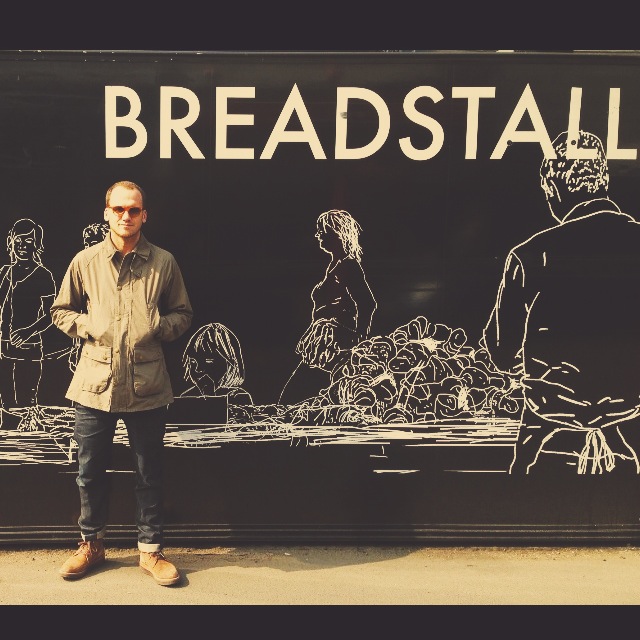 Sebastian Vince is a Londoner born and bred, and after ditching his advertising career for market life in 1997, he hasn’t looked back. Starting out at Portobello Market and Berwick Street, Soho, Sebastian’s permanent trailer on Northcote Road is now part of the neighbourhood furniture. “In 2008, having had a table and umbrella for 20 years, my trailer transformed the business. I have a pizza oven, dough mixer, doughnut fryer and fridges, enabling us to produce ready-to-eat food on site, such as pizza and pies,” Sebastian says. Having not alway been happy with the quality of bought-in savoury offerings, The Breadstall is an award-winner for its own sausage rolls and lunchtime/weekend queues are a sign of their hit with residents.

All bread is bought in from four or five local bakers, a strategy that enables the stall to offer the best of what each baker does. But Sebastian isn’t sitting back and smelling the cupcakes – he has plans. “We’re in the middle of a second renovation so we can make Viennoiseries on site, which will be a 5am start!”

It’s obvious that Sebastian is passionate about market life on Northcote Road and would love to see more specialist, high quality, destination food stalls pop up. Despite competition from bigger chains, Sebastian is dedicated to his customers and the area for the long-term – and with Nutella-filled doughnuts freshly baked each day, his customers are as dedicated back. 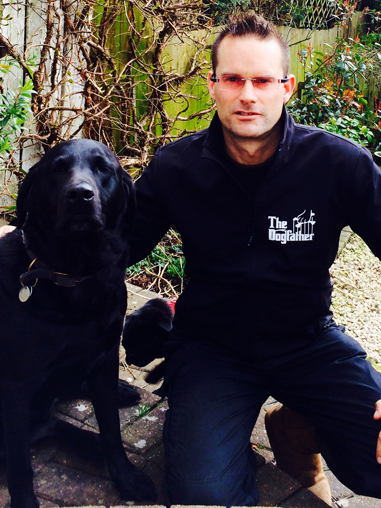 Dominic Makin has many friends, lots of them with waggy tails, and his love for these friends was reason enough for him to leave advertising and 15 years of corporate life to set up The Dogfather in 2009. “I’d been thinking about it for years and finally the allure of an outdoor life with four-legged friends won over. People thought I was mad!” Offering walking, boarding, daycare and grooming, Dom and his team will take your pooch for proper long walks, rambling across large open spaces. “We’ve got Wimbledon Common and Richmond Park right on our doorstep – wonderful places to take the dogs for proper, exciting and stimulating walks.”

Growing up in Wiltshire, it was his parents’ love of dogs, such as Labradors, spaniels and rescue dogs, including beagles and mongrels, that first ignited his passion. “I look after some fantastic dogs – I’ve known many of them since they were puppies – and I have a team of 18 carers who are as dog-mad as I am. They’re all really interesting characters too (actors, designers, songwriters, a dog groomer and a firefighter!).”

Treating their clients’ pets as if they were their own and offering a flexible service seven days a week, Dom strives to make life as easy for his clients as possible, allowing last-minute changes through an easy-to-use online system. “Clients can even cancel free of charge up to 9am the same day. They love the fact we go the extra mile.” 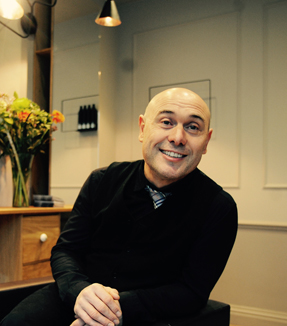 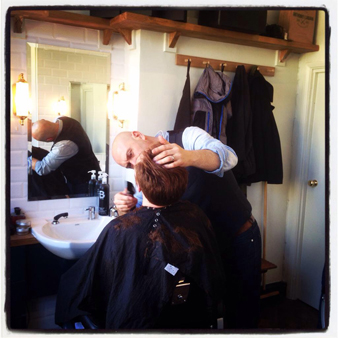 Anthony Laban Home in Bennet Court off Bellevue Road is like the hairdressing equivalent of a fashion atelier – small, bespoke, exclusive – but without the pretentious attitude. “I wanted to create an anti-salon, somewhere intimate with the client at the heart of it,” explains Anthony, who has used the same magic touch off Northcote Road to create the NYC-inspired barbershop, offering men great hair cuts and wet shaves in a traditional setting where, crucially, they feel comfortable.

When you hear about Anthony’s background, fashion comparisons aren’t as surprising as you might think. Having decided not to follow Plan A of becoming a fashion designer, Anthony started training at a salon in Knightsbridge and quickly became involved in London and Paris Fashion Weeks and styling for magazines – enjoying the fashion world from a different angle. He then embarked on teaching but the salon remained his natural home and still is. “Having run a big salon, I found balancing the creative side with the business side difficult,” Anthony remarks. “ So I went to work at Willy Smarts in Clapham while I decided what to do and did my first haircut without running the place in years. It was the most enjoyable hair cut I’ve ever done!”

Having regained focus on what makes him tick, Anthony is ready and waiting for London Fashion Week this September and has his eye on a opening a niche barbershop and taster bar (think beer, wine and poker) in Balham in the early autumn, extending his unique business in to the community, but never losing its heart. 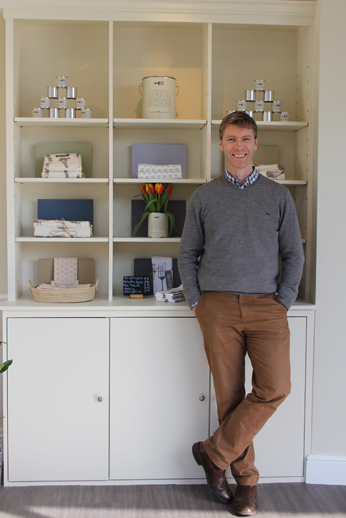 Phil Robinson is a local, one of us, so he knows what we like. “I’m a father of two and when my wife was pregnant with our first child, I didn’t want to decorate the nursery in smelly oil-based paint and have her breathing in the fumes. To be honest, after 20 years of decorating, I was sick of the smell and how it made me feel, too.” This prompted Phil to form his decorating company, Paint The Town Green, offering environmentally friendly paints in on-trend colours at competitive prices.

That was in 2007 and now Paint The Town Green is the go-to supplier for customers who want a more natural approach to decorating without having to compromise (well, if it’s good enough for Nicky Haslam…). With mums and young children usually around in the day while decorators come and go, Phil appreciates this can be stressful for some and ensures his team are nice people. “Going in to someone’s home, their private space, it’s important clients feel relaxed and happy – all my team are good guys and girls I feel comfortable with.”

Taking in to account Phil’s considerate nature, it’s not surprising that his dream of regular face-to-face contact with existing and potential clients has finally been realised with his brand new showroom on Allfarthing Lane SW18 – and he can’t wait to welcome you in. “At the shop, my aim is to meet people, explain who we are and what we do, be accountable to customers, and keep delivering quality and peace of mind,” enthuses Phil. SW homeowners should be happy with that. 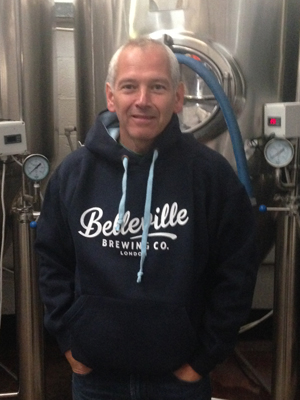 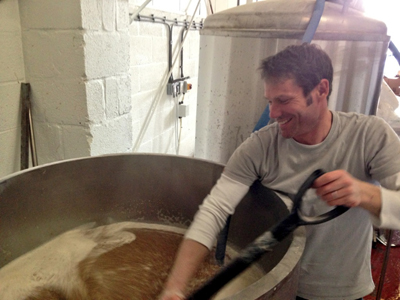 There are all sorts of new developments happening at our favourite Wandsworth brewers. The exciting vision of Adrian Thomas and his team of investors in 2013 has truly paid off and Belleville Brewery is now a firmly established local favourite among both school Dads and trendy hipsters. “Like cheffing in the 1990s, brewers are becoming well-known and respected,” explains Adrian. “Youngsters are in to beer in the way the over 50s are in to their fine food.” But it’s the unique, artisan quality of Belleville beer that makes it stand out from its competitors to earn a place at local pubs alongside the big corporates, as well as in fridges between the commons. “When we started the climate was right for new and interesting brewers and I’ve certainly enjoying the creative aspect of it.” 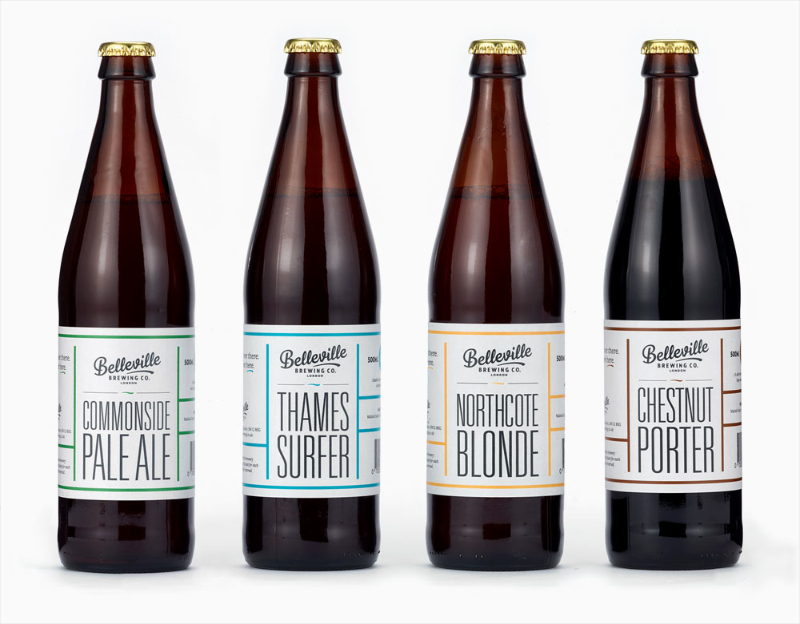 Switching from successful musician to master brewer, Adrian visited organic beer festivals, breweries housed in outbuildings and barns in Sussex and Surrey, and finally the USA, where his true inspiration comes from – and his hops. “Beer has four main ingredients: water, yeast, malt and hops, which we import from Oregon and Washington states.” Now the company has invested in a new brewhouse for their brewery on Jaggard Way, where Adrian will continue to produce his seven to eight core beers, and have some fun with new blends. “There’s a Heston Blumenthal wizardry behind it and the sky’s the limit in terms of what you can add – fruit, nuts, even veg!”

Adrian is keen that their brewery becomes part of the the community and he’s worked hard to support school and charity events by donating beer. “We want our brewery to become a sociable place, a hub for local people to come and see us, to smell us, watch us canning, so everyone in Wandsworth knows us.” Book Friday evenings for special tastings and tours, and Saturdays from 12-10pm to see the brewery in action.

Thanks to the unprecedented challenges presented by the COVID-19 pandemic, little has been certain in 2020 – however, it’s undisputed that the coronavirus crisis will have ... Read Feature

How to bring the beach to your garden

We know that getting away isn’t easy right now, so at Marsh & Parsons we’ve put together a blog series helping you to ... Read Feature