Eaton House Schools is delighted to announce the appointment of Cambridge-educated Mr David Wingfield as the new Headmaster of Eaton House The Manor Pre-Prep School. He will bring an exceptional skill set to the role and is the perfect choice to take Eaton House The Manor Pre-Prep forward. The appointment marks a new chapter in the history of the Pre-Prep and will be key to enhancing its academic prowess, as Mr Wingfield has a wealth of experience that will prove a tremendous asset to the school. The Tatler Schools’ Guide, 2020, described him as one of the ‘most motivated teachers they had ever met.’ 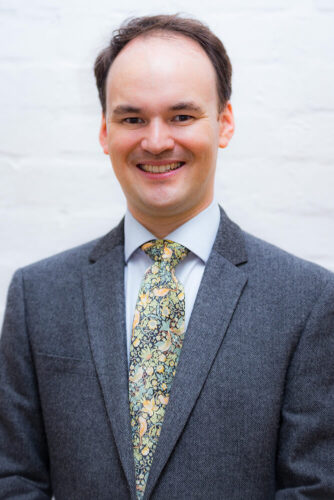 David Wingfieldcame to Eaton House The Manor Pre-Prep from Bassett House School in North Kensington, where he was Deputy Head and Head of Mathematics.He has interests in Early Years education, inclusive classrooms, the maths mastery approach and in developing leadership for all. He is passionate believer in wellbeing as the foundation of academic achievement, and he has set to work empowering the staff and pupils to develop their leadership skills at every level of school life. He is ready to challenge accepted norms of teaching and learning, and plans to promote the boys’ independence, resilience and creativity in the context of high expectations for all. This, he believes, will serve as the best preparation for the next stage of their education.

David gained a BA (Hons) in Theology and Religious Studies and MA at Cambridge, and a Baccalaureate in Philosophy at the Pontifical Gregorian University in Rome. He gained his PGCE in Secondary Religious Education at UCL Institute of Education, and is a fellow of the Royal Society of Arts (FRSA) and the Chartered College of Teaching (FCCT). He is also a governor at Highfield School, a primary academy in Bromley.

In his free time, David is a classically trained singer and was chorister for four years at the University of Cambridge. He is also an amateur drama enthusiast, enjoys singing and is a keen theatre goer. David enjoys gardening on his allotment, cooking, baking, swimming and walking for relaxation and exercise.

David commented: “I am delighted to have been asked to take on the Headship of Eaton House The Manor Pre-Prep School, as it has a long heritage and a track record of academic and pastoral excellence. I am very much looking forward to working with the experienced teaching team at the Pre-Prep and with Mrs Sarah Segrave, Headmistress of the Prep School to ensure a seamless transition from Pre-Prep to Prep.”