LONDON gets a new co-educational independent senior school as one of the capital’s leading education groups embarks on the most significant expansion plans in its history despite the coronavirus pandemic. 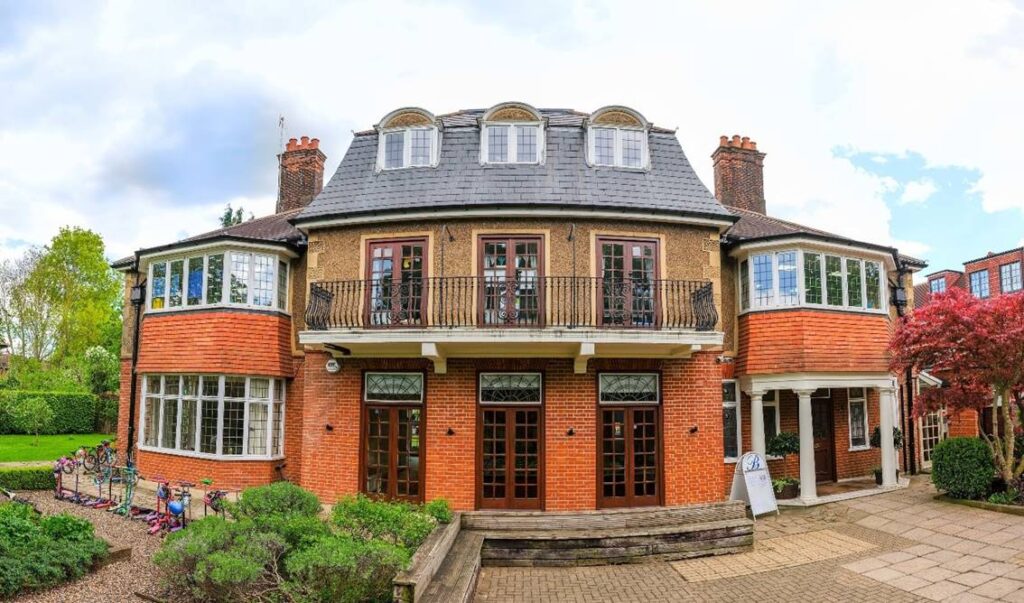 After years of discussions, Northwood Senior yesterday opened to its first intake of pupils with appropriate social distancing measures in place.

The new school, initially for pupils aged 11 to 16, is in response to the demand expressed by many parents for a local day school that addresses the chronic shortage of secondary places in south London, whilst staying true to Northwood Schools’ ethos and principles. 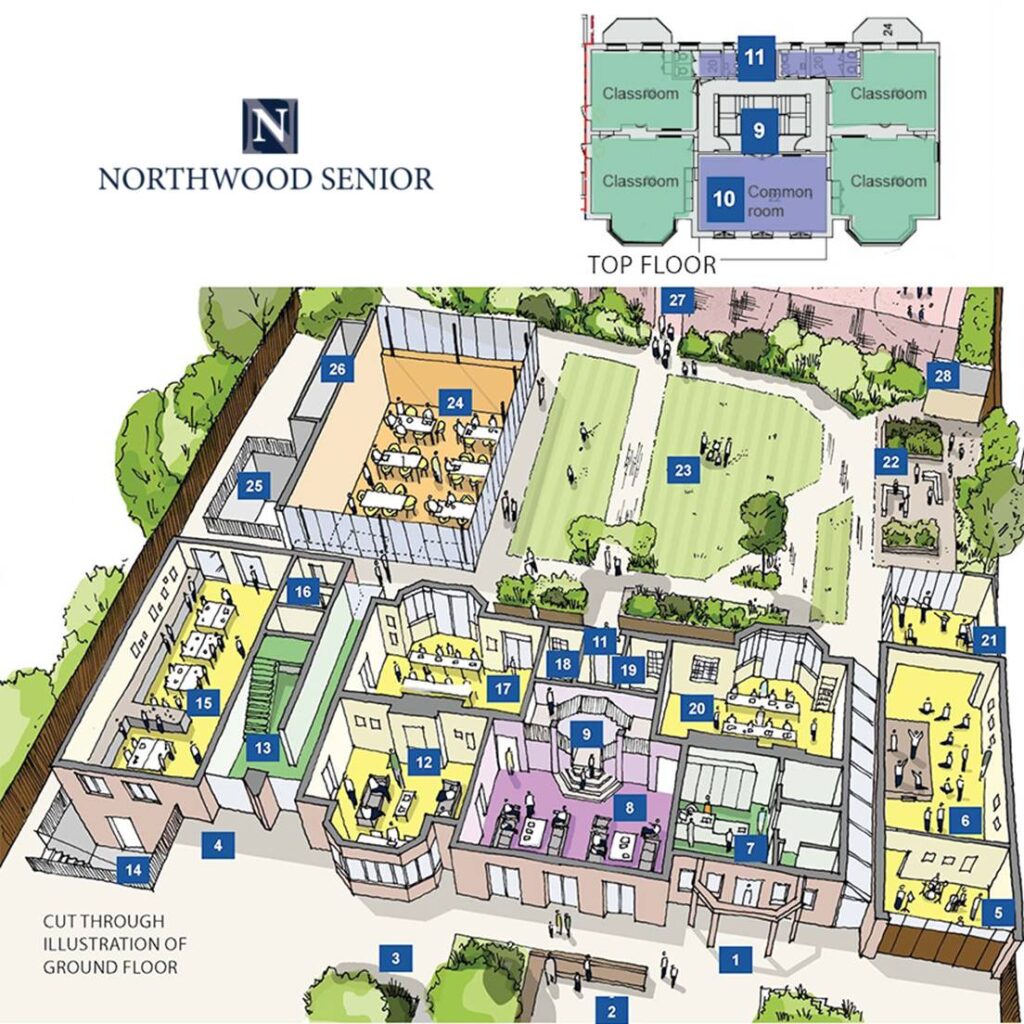 Northwood Schools’ Principal Katharine Colquhoun said the opening of the new school was a ‘landmark moment’ for the group which also includes Broomwood Hall and Northcote Lodge, regarded as two of London’s foremost independent preparatory schools and which she founded more than 35 years ago and now educates almost 1,000 children. ‘It demonstrates our confidence in the future of independent education and in the quality of what we offer,’ she said. The ambition is to develop Northwood Senior into a 500-strong senior school over the years to come.

‘We were determined to press ahead despite the uncertainties over coronavirus because now more than ever, parents want a safe, top quality, local option. Choosing a school for your child is perhaps the most important decision you will ever make on their behalf, and we will aim to work with parents to produce well-rounded, academically successful, socially aware young men and women.

‘The opening of Northwood Senior is the culmination of the founding educational vision we had for Broomwood Hall when we started with 12 pupils back in 1984. We wanted to create a local senior school which offered the highest standards and prepared children effectively for life beyond education. It will reflect our schools’ core values: a belief in the value of hard work; the importance of self-discipline and responsibility; in tolerance and a sense of duty; in firmness, fairness and empathy with others; in behaviour and good manners’.

Northwood Senior operates at a newly renovated building at Garrad’s Road opposite Tooting Common in Streatham, which was previously one of Broomwood Hall’s pre-prep school sites.  The school offers fully equipped science, art and DT facilities, along with interactive classrooms and specially designed spaces for independent study – both inside and out.  Outdoor space abounds, with a multi-use sports area with showers and changing facilities in the school grounds.  The school is within easy reach of some of the best sports facilities in South London – including an athletics track, ice rink and swimming pool.

The amount of space and the initial small founding cohort means that the school faces very few restrictions in terms of social distancing and will be able to run a normal school programme.

Along with an emphasis on delivering academic excellence within a more personal setting, the strong pastoral care that the group is known for at the preparatory level will continue. The school will offer a wide range of subjects, sports and activities that allow students to take a varied range of GCSEs and iGCSEs across the arts, languages, STEM subjects, humanities, music and sport. There is an equally strong focus on life skills as preparation for the changing demands of the 21st century workplace and the challenges of modern life.

The school offers generous All-Rounder scholarships to reflect the breadth of the education on offer for entry at both 11+ and 13+.

Susan Brooks, Head of Northwood Senior and previously Deputy Head at Broomwood Hall has managed the opening of the schools in the 18 months since its inception. 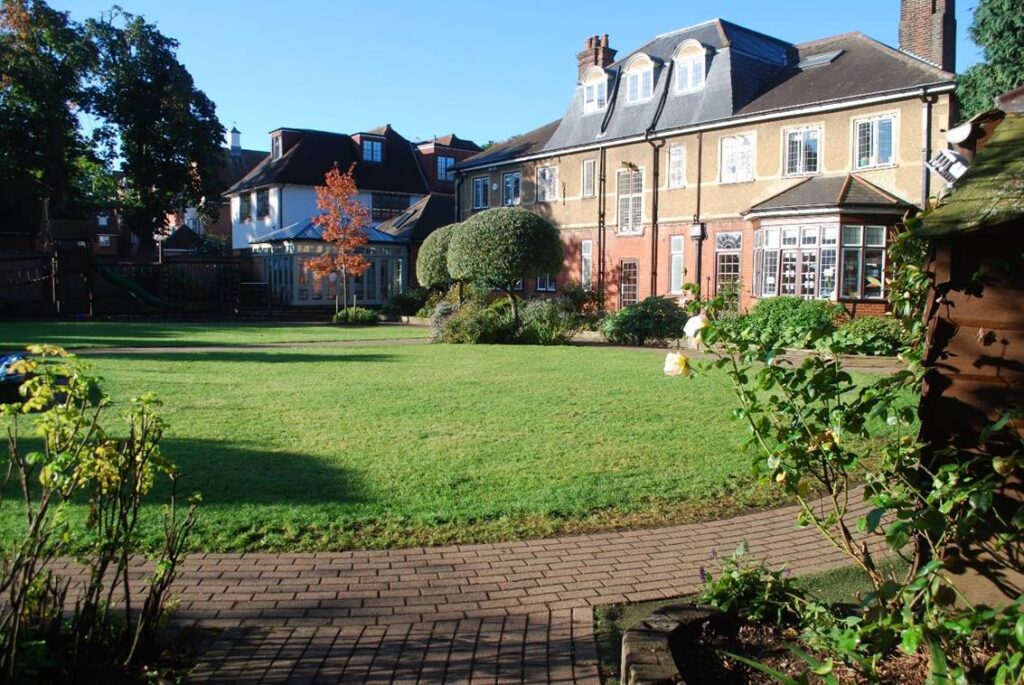 Susan Brooks, Head of Northwood Senior commented, ‘Our new senior school will reflect our achievements at Broomwood Hall and Northcote Lodge which have developed over the years into two of London’s most academically successful preparatory schools. We are focused on maintaining exceptional academic achievement whilst also giving children a balanced extra-curricular education, highlighting skills for today’s world.

‘It is refreshing to be able to start a school with a blank canvas and focus on areas that would not have existed a decade ago but are vital for preparing children for the professional world, such as social media, finance, budgeting, and much more.

‘We will also be offering our children the best of London’s arts and sports facilities which are on our doorstep.’

To further support the new school, one of the Northwood Group’s Directors, Mary Breen, previously Head at St Mary’s Ascot from 1999 until July 2019 and considered one of the UK’s leading headmistresses of the last two decades, has taken the role of its Director of Education to help steer its plans.

Mary Breen commented, ‘Academic success is a vital part of children’s education and key to developing their potential. During my time at St. Mary’s Ascot, we achieved the top GCSE and A-Level results in the country despite admitting children of varying abilities. This highlights that with the right approach and teaching, all children can flourish and succeed and achieve academic excellence.

I am delighted to be working with the new school to implement this philosophy.’