The renovation at Northwood Senior School was undertaken by the renowned design studio, Rascal & Roses, a London and Herefordshire based studio headed up by Interior Designer, Verity Coleman. 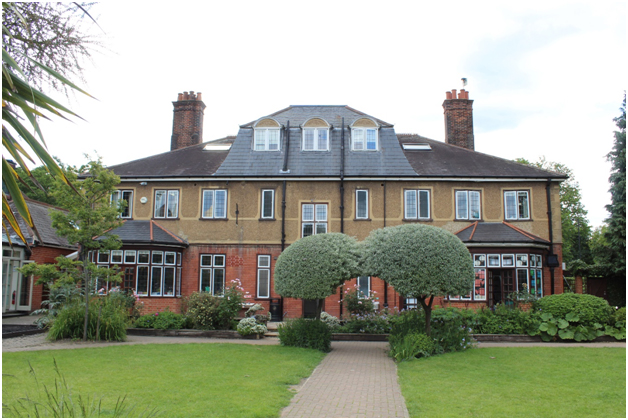 The designer Verity Coleman says of the project:

“The Common Room: Our brief was to create a room that the children could work in both individually and collaboratively in teams, and a place the children would want to ‘hang out’ in.  The room also, in terms of design aesthetic, needed to appeal to boys and girls aged 11-16 which posed the obvious challenge given that very few 11-year old girls like the same things as a 16 year old boy!  And finally, the school wanted the space to be one where parents would know their children would feel at home.  So, we needed to combine a design element that upheld the traditional ethos of the school whilst factoring in heavy usage (i.e. the room needed to be robust) and to ultimately be an inspiring space for the children.

The newly designed areas of the school: The building has many glorious architectural features which we wanted to highlight.  There is a lot of woodwork throughout and we painted this various shades of blue to reverse the more traditional approach of colourful walls and neutral woodwork. Wherever possible throughout the school we have  added natural wood accents to give the space a modern almost Skandi feel, but without distracting much from the traditional features.The newly updated areas of the school are fun and fresh and have been designed to create an inspiring environment whilst keeping the history of the building for a new generation of children.”

After years of discussions, Northwood Senior opened in September to its first intake of pupils.The new school, initially for pupils aged 11 to 16, is in response to the demand expressed by many parents for a local day school that addresses the chronic shortage of secondary places in south London, whilst staying true to Northwood Schools’ ethos and principles.

Rascal & Roses was established in 2013 by Verity Coleman. With a 12-year career as a British Army Officer, Verity has been able to utilise her project management and leadership skills to create a dynamic design studio as well as harness a wealth of experienced artisans and trades within the team. Clients are at the heart of everything they do, but the studio also offers a pragmatic and solution-based approach to projects. The studio has a natural lean towards traditional county style with an elegant contemporary mix. Specialising in quirky period properties, colour is the firm foundation on which the studio’s designs begin. Whilst based in Herefordshire, projects are throughout the UK and in particular SW London ranging from family homes to boarding schools and everything in between.