A Battersea school is celebrating its very first set of A level results, outstripping the national average in every subject with students gaining places at a number of prestigious Russell Group universities, including Cambridge, LSE and Kings College. 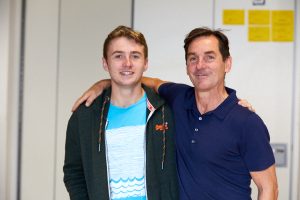 Academy student Theo Rooney who gained an A* in Maths and Physics and an A in Geography has been offered a place at Downing  College Cambridge to read Geography. “Obviously I’m delighted but It hasn’t really sunk in yet,” he said. “I couldn’t really sleep last night and was awake from 6am.” 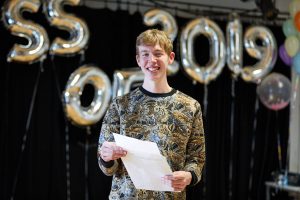 Joe Barker is another Bolingbroke student who put in a stellar performance, gaining A*’s in Maths, Physics, Geography and an A in Further Maths. He is now heading to LSE this autumn to study Economics. “I’m speechless’” he said. “It is the most amazing feeling as I wanted to get into LSE so badly. It’s one of the most competitive universities to get into, so I’m really looking forward to starting.” 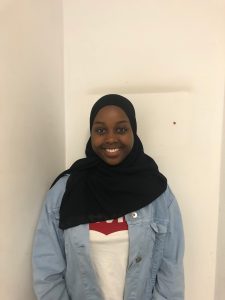 Salma Awale is also celebrating getting into the first university of her choice, and will be taking up a place at Kings College in London to study medicine after gaining an A in Maths, Bs in Chemistry and Biology and a C in Further Maths. “I kept refreshing the UCAS site from first thing this morning but it kept crashing,” she said. “When I finally found out I’d been offered a place at Kings I screamed with excitement and then burst into tears as I’ve wanted to study medicine since I was in year 6, and can’t wait to get started.” 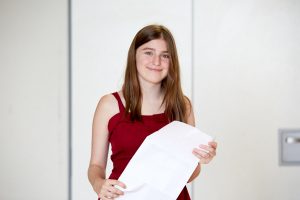 Meanwhile, fellow student Antoinette Simon, who achieved a A* in Maths, and A’s in both Biology and Chemistry is on track to read Veterinary Medicine at either Cambridge or the Royal Veterinary College in London. “Cambridge wanted an A* in Chemistry, and I got an A* in Maths, so I’m waiting to hear whether they will still offer me a place. If not I will study at the Royal Veterinary College, which will also be fantastic.”

Bolingbroke’s Principal Claire Edis said: “It is fantastic to see our first cohort of students see their hard work and determination pay off on results day. The high expectations we hold for every student has helped them secure some great results enabling them to go onto the university or career of their choice.”

“The most valuable thing I have learned at Eaton House The Manor Girls’ School is to love your friends and all the people around you.” ... Read Feature

Join us for our 8+ Open Morning and Scholarship information event on Thursday 5 December for 2020 entry Eaton House Schools would like to invite Nappy Valley parents ... Read Feature

The entrance interview: a valuable tool for leading headteachers

Growing numbers of children and too few places have generated fierce competition for top independent schools in the capital.  The number of children registering to ... Read Feature