Search Features
Search Conversations
You are here: Home > Latest Reviews & Features > Putney High School GDST is celebrating near-record A*s at A Level with 29% at the highest grade – the best in eight years.

Putney High School GDST is celebrating near-record A*s at A Level with 29% at the highest grade – the best in eight years.

Students will be going on to study a range of courses around the world from Aeronautics and Astronautics to Physics with Philosophy and from Fashion Pattern Cutting to Management with Innovation, Medicine and Natural Sciences.

Destinations include Oxford and Cambridge Universities, Durham, University of Southern California, the Royal Academy of Music and Central St Martins.

A Clean Sweep of A*s

Linguist, Alice Kelly will go to Hertford College, Oxford to read French and German after achieving all A*s. Daisy Bolitho scooped all A*s secure a place to read Theology and Religion at Pembroke College, Oxford. Others who achieved a clean sweep of A*s include, Ellen Hodges, reading History at Exeter, Willa Barrett, to ready Psychology at Durham and Anoushka Maini to read History of Art with Italian at Warwick. 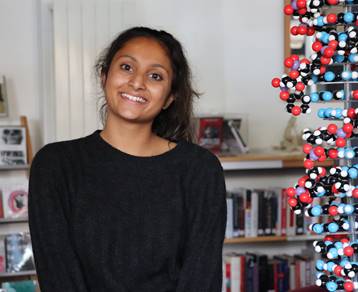 Sana Patel (above) is taking up a BSc Computer Science with Digital Partnership Degree Apprenticeship with PwC at the University of Birmingham. Sana won’t incur any student debt, will receive a salary throughout her course and guaranteed work experience every summer.

Anastasia Braylovskaya has secured a place at Central St Martins for Fashion Foundation after securing three A*s and Kasia Hughes achieved three A*s and an A and will go on to study Fashion Pattern Cutting at London College of Fashion.

Caitlin Bacon is heading to the University of Wisconsin and Anna Schusser, who achieved a clean sweep of three A*s, will be going to University of Southern California to study Liberal Arts.

Students achieved at the highest levels across a range of subjects:
Once again all Mandarin Pre-U students achieved at the highest, D1 level. All students of Music achieved 100% A* as did all students of History of Art.
Subjects achieving 100% A*A include Design Technology, Business and Management, German, Greek and PE.
Other high achieving subjects include Drama (80% A*A) Economics (78% A*A), French (89% A*A), Geography (81% A*A), Further Mathematics (80% A*A).
There was 75% A*A for students of English Literature.

Headmistress, Suzie Longstaff said, “I am extremely proud of everyone. It never ceases to amaze me just how much Putney pupils are capable of. These students have not only excelled in their studies at the highest academic levels, they have done so while putting in enormous commitment in sports, music, and an extraordinary array of other interests at the same time. Well done to you all and thank you to parents for all of their support.” 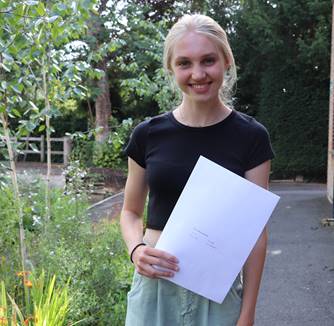 Elite runner, Alexandra Brown (above) achieved a clean sweep of A*s in English, Latin and History and will go on to study Classics at New College, Oxford.

Alexandra is a 1500 metre runner and has been combining her studies with training. She ran as Under 20 GB Guest in the Loughborough Internationals and represented London as Captain of the London girls’ team this summer at the National Schools Track and Field Championships and subsequently in the National Finals in Birmingham. In the last six years Alex has medalled in five consecutive national championships and won two intermediate international schools vests. She plans to continue running when she takes up her place at Oxford University. 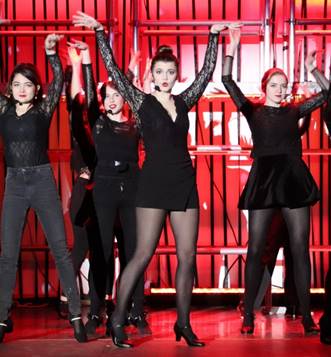 Charlotte Bishop (above centre) is off to the University of Exeter to study Drama after securing two A*s and an A in her A Levels. She was unable to collect her results at school today as she currently has a prestigious place with the National Youth Theatre. 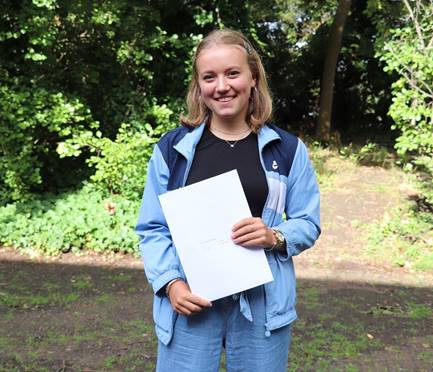 Songwriter, Connie Claxon (above) achieved a clean sweep of three A*s in Music, Geography and Psychology and will be continuing her Music studies at Worcester College, Oxford.

A music-industry one-to-watch, Connie is already an accomplished songwriter and has recently made the Top 10 in the Young Songwriter Competition, has had the opportunity to record at Bush Studios and to perform her songs at the Troubadour in Earl’s Court. Her work has now come to the attention of a professional songwriter with whom she will begin co-writing this September. 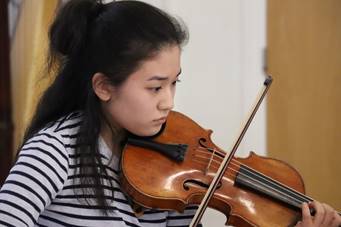 Violinist, Mio Takahashi (above) will take up a Music Scholarship at the Royal Academy of Music after securing D1 A* B in Pre-U Mandarin, Music and Psychology.

“The most valuable thing I have learned at Eaton House The Manor Girls’ School is to love your friends and all the people around you.” ... Read Feature