THE WAITING GAME –  Getting your child into the school you want can be a challenge but there are ways of mitigating the stress around admissions, says Gillian Upton 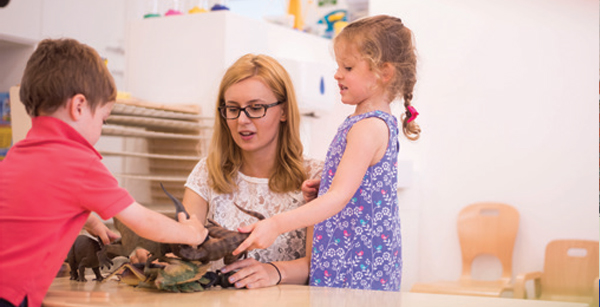 Adam Wells’ job can best be described as a juggler. As Head of Pupil Services at Wandsworth council he has to strike the balance between demand for schools and the right number of places. “It’s a balancing act as some schools are more popular than others,” he says with understatement. Catchment areas and pupil numbers have had to become flexible as state schools such as Belleville and Honeywell try to keep everyone happy. Bulge classes have been added at Belleville and Alderbrook this term.

At the root of the changes at these two popular schools is pressure on reception places, of which there are a record 3,233 this year, which represents a rise of 4.6%. The higher demand is due to people moving into the highly popular Northcote Road area, Wells believes, but elsewhere in the borough there is capacity and new provision soon at Nine Elms, where a school is mooted in the former Royal Mail building. “But projections are for a plateau in birth rates,” he says. Wells is proud of the fact that 77% of pupils were offered their first preference this year and nearly 90% one of their first three school preferences.

The situation is arguably worse in the private sector. For instance, the fact that Emanuel School has already closed its doors for 2017 registration speaks volumes. There are unlikely to be places for 2017 in the upper school (years 12 and 13) at Dulwich College due to a large year 11 group moving through the school.

What’s happening? The Independent Schools Show has one explanation: “There are currently 518,432 pupils enrolled at UK independent schools,” says Group Show Director Ben Hitchman, “the highest number since records began. Yet competition for places is fierce and that’s partly to do with the fact that schools are looking to attract increasing numbers of international students. The UK independent education sector is not just highly regarded but envied across the world and schools are tapping into that interest.”

It means that top independent schools such as Streatham & Clapham High School are always oversubscribed. “The demand for places in South London increases year after year,” says Headmaster Dr Millan Sachania. “Our job as school leaders is to manage the expectations of parents and, even more importantly, to manage the enormous amount of pressure that is placed on the children who take the 11+ examinations.” (See our feature on wellbeing on page 59.) 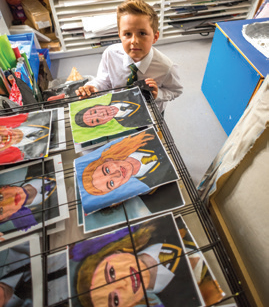 The race for places starts at prep and the stories of parents placing their child’s name down soon after birth are not unrealistic. Check out our timelines chart opposite and our list of open days on page 40 so you can see the school working, quiz teachers, hear the head talk and see the sort of children the school is developing and decide whether that’s what you want for your offspring.

Nick Baker, Headmaster at Wetherby Prep School, also has this advice: “The key for parents is to be realistic about their children’s intellect and ability in exams if they are to apply to the most academic schools. For senior schools such as St Paul’s, Westminster or King’s,” he continues, “if your son’s CAT [Cognitive Abilities Test] score is not 125 or above there is little point in applying.”

Scaremongering headlines – that one in five London secondary schools are full or oversubscribed so the chances of getting your first choice in the capital are the lowest in the country – inflame the situation. “We have the most competitive day-school market in the world, more than New York,” says Simon Beck, Registrar and Deputy Head of Lower School at Whitgift.

Strategies for parents include limiting the number of schools applied for. “We work with prep and primary schools to help them control the number of schools to which their pupils apply,” says Dr Sachania. Streatham & Clapham also tries to make the experience of sitting the entrance examinations as stress free as possible. Simon Beck suggests that parents should talk to their heads for recommendations but adds, “Parents often don’t want to listen.” It’s a view echoed by Simon Severino, Headmaster at Alleyn’s Junior School, which is also oversubscribed. “It’s critical for parents to listen to feedback from the current school as they will give a realistic assessment. Do not be influenced by the dinner-party circuit.” Beck recommends visiting prospective schools at least twice, then narrowing the list down to three, “Two you really want and a backup”. He is horrified by the story of one 11-year old sitting 14 exams.

Other strategies include spreading the net to schools outside your borough and considering boarding, particularly now that flexi boarding is an option. Wetherby’s Nick Baker has this advice: “The top boarding schools will take a broader view of admissions and consider the child’s character as much as their academic performance. Therefore a boy who is top half academically (as opposed to top quartile) but has a sparky character would stand more chance at top boarding than top day schools. Remember that even though society is turning against boarding as a concept, boarding beats day for all-round academic and pastoral support, sport and extracurricular provision.” In a nutshell, choose a target school that fits your child – plus no more than two others as back-up – spread the net wide and start research early.