The Changing Face of Exams

As they approach the time when they have to start thinking about the next stage of schooling for their children, parents face myriad choices and an at times kaleidoscopic array of entry procedures depending on the schools they have in mind and the entry points they are considering.

You’ve made the choice that independent is the way to go. Now what? If you’re already in an independent prep you will be guided by your school on when to look, where to consider and when to register. If you’re in the state sector, such support and advice is not always so forthcoming. Regardless, the current entry procedures can overwhelm even the most attentive, multi-tasking of parents.

The Independent Schools Examinations Board (ISEB) “provides rigorous, high quality examinations and assessments for pupils seeking entry to independent senior schools at 11+ and 13+.”

The site goes on to explain that the examinations, “backed by the leading independent school associations, include the Common Pre-Tests and Common Entrance.”
In the parlance of a south-west London parent then, the Common Pre-Tests are what we often call the Pre-Tests or the ISEBs which take place in Year 6, so when the child is ten rising eleven.

For the majority of schools which start in Year 7, children sit the 11+ Common Entrance, most often at the school in question, also often using the common ISEB exams. Others use their own individualised papers, activities and interviews in order to really understand the child and make an offer on that basis. Ricki Hamilton, Head of 11+ at The Roche School recognises that, “secondary schools are starting to alter their entrance procedures in an attempt to mitigate excessive tutoring. 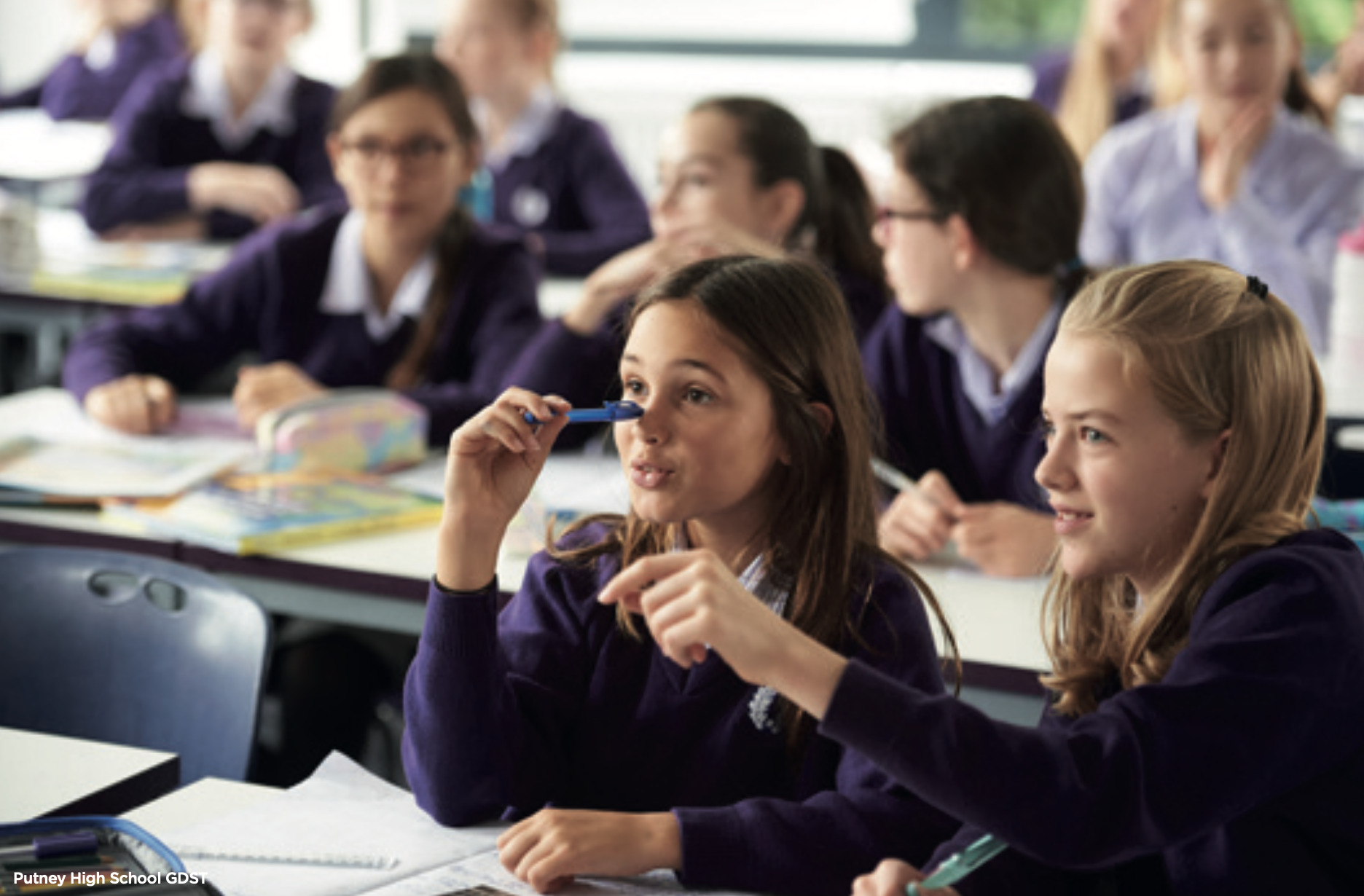 Many now utilise creative and team-tasks on exciting discovery days, only assess reportedly ‘tutor-proof’ subjects like Reasoning or give heavier weighting to the reference and interview over the academic assessment.”

St Paul’s Girls’ School has a computerised test after which girls are invited to sit the school’s actual exam, or not. The GDST group of schools including Putney High School, Sydenham High School and Streatham & Clapham High School have complete autonomy in deciding upon and setting their own tests. Some schools interview the children before exams, like Emanuel, others interview fewer children after the exams.

This interviewing technique is more common at 13+ which makes use of the Common Pre-Test or ISEB in Year 6, typical in the process of entry to traditional boys’ schools which start in Year 9. In London, schools such as St Paul’s Boys’ School, City of London, Westminster and, most recently, Dulwich College follow this route, using an academic marker whereby they will only invite boys for interview if they attain a certain (undivulged) level at the online ISEB.

Many of the boarding schools popular with south-west London families work in much the same way, so if you’re considering Charterhouse, Tonbridge, Radley, Eton or Harrow, for example, this will be the same route. Children are invited to the schools following the computerised exams (usually taken at the child’s own prep). Follow-up interviews at the senior schools take a variety of forms. They may entail further written exams in the key subjects, one-to- one or group interviews, drama workshops, science activities, teamwork sessions and sports. Schools use these to fully assess the child and decide whether he or she is a good fit for the school and vice versa.

With the changing face of exams in mind, Dulwich College is an interesting case in point. With two key entry points at 11+ and 13+, boys have historically attended those specific exams in the January of the year they would be joining. For 13+ (Year 9) entry from September 2022, they have moved to
a ‘Deferred entry’ meaning the pupils sit the ISEB Pre-Test in Year 6 and are offered an unconditional place for Year 9, Dulwich thereby aligning themselves with many of the other leading London day schools for boys. 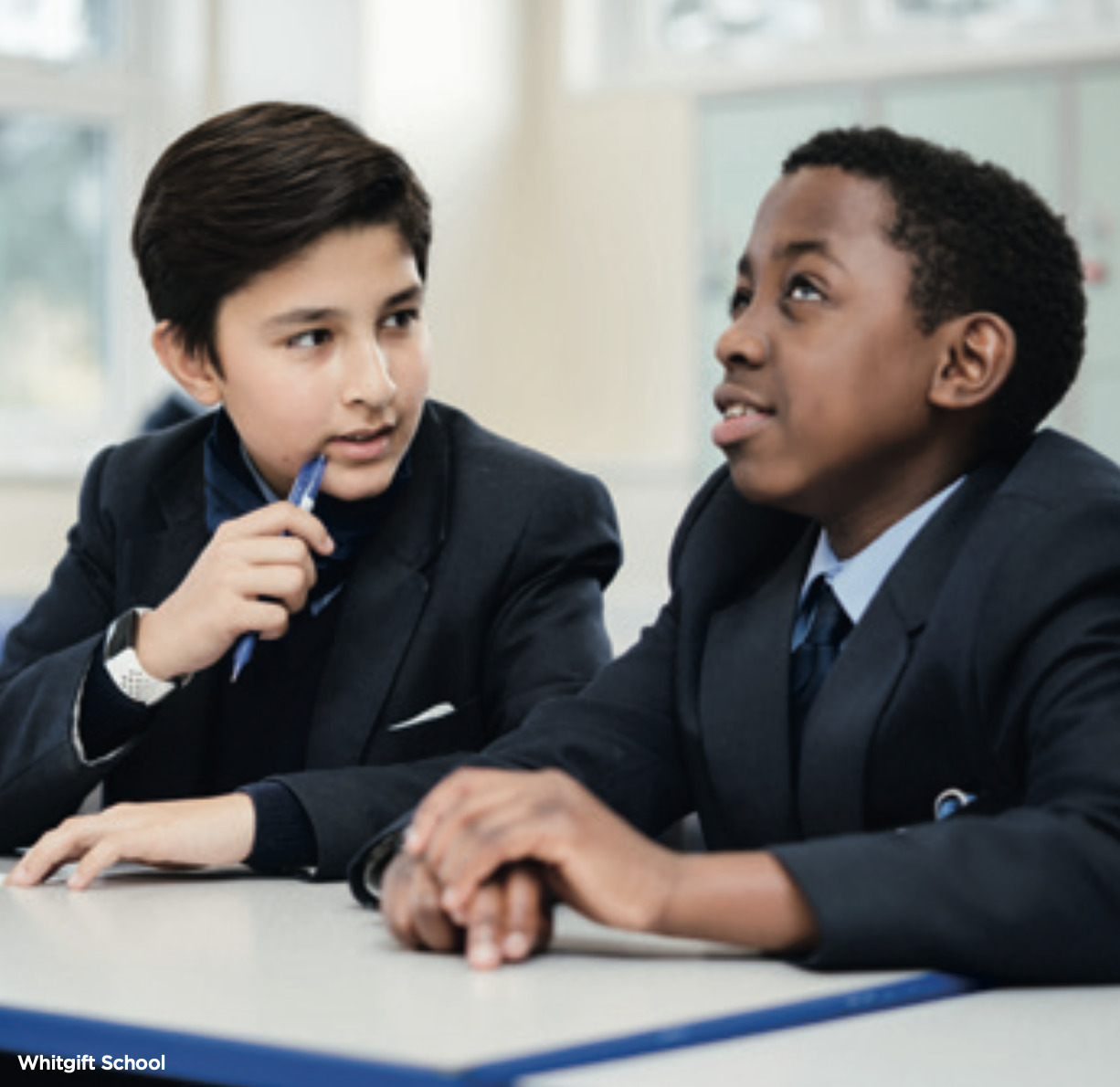 Maths success is achieved by building on firm foundations. Attempting to build on shaky foundations, where there is insufficient prerequisite knowledge or understanding makes progress difficult and undermines a child’s confidence.

Gaps exist in maths knowledge for all sorts of reasons, from a child’s misconception or missed topic to a period of absence or life challenge.

By taking the time to pinpoint where a child has gaps in their knowledge from topics studied earlier in their school career, a plan can be made to develop the understanding needed to fill those gaps.

Taking a step back to work on strengthening the foundations enables an easier understanding of more complex topics that rely on existing knowledge. Ultimately this accelerates progress towards your particular maths goal, be it increased confidence, greater progress or exam success.

Dr Nick Black, Director of Admissions says, “Over the last ten years, the number of schools that do a 13+ exam has become fewer and we wanted to change in such a way as to retain that important 13+ entry but give boys and parents as fair a choice as possible, taking away some of the anxiety of leaving the entrance exams until Year 8.” They retain 20 places for those who need to take the Year 8 exam – perhaps a move to the UK or a change of heart about boarding.

Testing of children, especially boys, at this early stage though may have its limitations. Clive Smith-Langridge, Headmaster of Northcote Lodge explains, “It is very unfortunate for boys in particular to be assessed via a computerized pre-test at age 10 or 11 for a senior school place at 13+.

So many boys are late developers and the young man that you see at 13 is worlds away from the young 10-year-old boy. There is real danger in senior schools missing out on some future stars through over-reliance on pre-testing.”

John Preston of Mathnasium points out that their way of teaching works especially well with the Pre-Test in mind, “As we don’t teach for exams per se, understanding maths enables the student to be able to adapt to unique and unfamiliar question styles using their underlying mathematical knowledge and number sense, making them more versatile and setting them up well for the GCSEs ahead.”

Once interviews are done, offers are made. In many cases, these used to be conditional on the Common Entrance taken at 13+ at the end of Year 8 of a traditional prep. Now, many of the offers given in Year 6 are unconditional on CE, meaning the child has been offered a guaranteed place for Year 9 regardless of their future results. Some prep schools press on with CE regardless as it is a rigorous conclusion to their prep school years, sending them on to their senior schools just three months later with recent exam results under their belts and ready to hit the ground running.

Sarah Segrave, Head of Eaton House The Manor and Director of Education of the Eaton House Schools Group explains, “I hope that Common Entrance at 13+ has a good future because any academic prep worth its salt will be feeding up to 20 senior schools and these schools want them to come up to the same standard. The joy of the word ‘common’ is that it is a universal standard and a universality about what children study at prep school. It is a strong base from which to build.”

She goes on to point out that boys will be choosing their GCSEs halfway through their first year at senior school and the current CE exams offer a breadth of learning,
“not only to guide them to make informed choices but to better prepare them when they do.”

Other schools like Thomas’s and Newton Prep have replaced CE with their own version of exams. The Newton Prep Diploma for instance, is condoned by the senior schools to which they send their pupils, offering a full preparation for the next stage of schooling through the traditional subjects and broader co-curricular opportunities.

Does Common Entrance at 13+ have a future? “Unless Eton, Radley and all those other schools are going to drop their entrance to 11, then of course it does,” says Eaton House’s Segrave. “Traditionally, they have taken boys at 13+. That has been good for them from a pastoral point of view. In my opinion, 11-year-old boys are better at rubbing shoulders with 13-year-old boys [at prep level], rather than 18-year-old boys.” 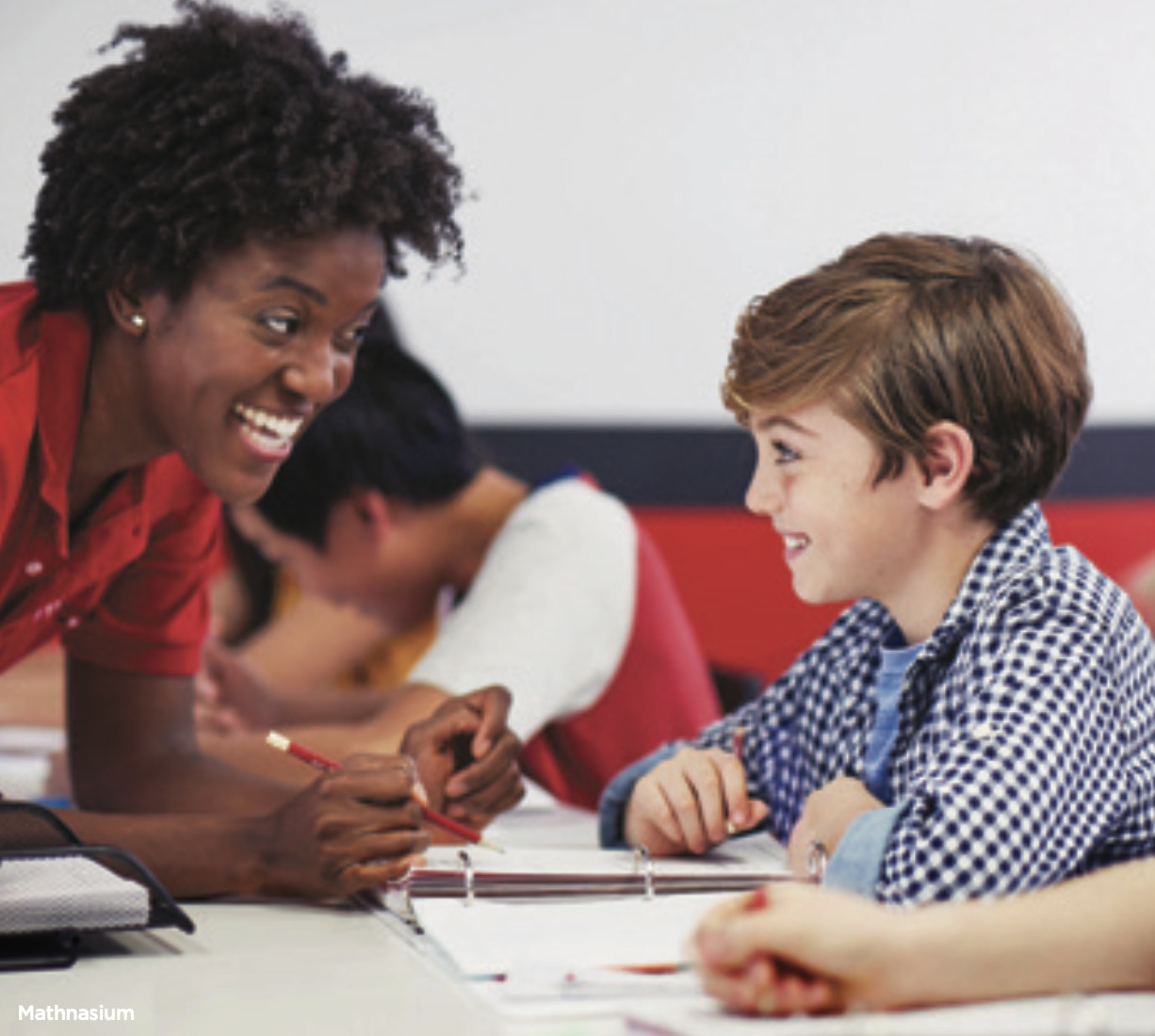 Seek out personal recommendations from friends or refer to The Good Schools Guide for tutors that may be suitable for your child.

Check that the tutor possesses an enhanced DBS certificate, a legal requirement to work with young people, and ask for a copy. If you source a tutor through a reputable agency, they will do these checks for you.

Clarify the age range that they tutor, whether they have experience preparing for specific school examinations, and details of their success rate.

Dip your toe in before committing fully. Most tutors and tutoring agencies will want to assess your child first. This will allow you to see their working practice, before meeting the tutor in person or online to see if the chemistry is right.

Request referees for peace of mind or let the tutoring agency do this for you.

Of course, the global pandemic threw normal plans. For September 2020 many schools declared they no longer required the CE results and the transition for those pupils was secure. For the September 2021 intake, schools had to think on their feet and put their heads together. Many of the schools which traditionally use their own entrance exams in the November or January of the academic year of entry such as Whitgift and Putney High School, opted for the ISEB. Chris Ramsey, Head of Whitgift comments, “It has advantages – it’s administratively convenient and only needs to be taken once, but it removes the Suzie Longstaff, Head at Putney High School agrees, “Most schools went to the ISEB – we all agreed. It was good in a global pandemic, but the Pre-Test doesn’t offer the ‘full package’ although it did rank the students pretty accurately. We took great care to scrutinise every application to ensure we looked at every child holistically, but of course we would always rather be able to meet them face-to-face.” Putney High will also be returning to a version of their usual exams this year, though always with one eye on the evolving situation. “Change is a good thing,” adds Longstaff, “and the future is exciting for teaching
and assessing pupils, whether for entrance exams or at GCSE and A-level. We can see it’s going to be constantly evolving and we’re keeping a watching brief.”

So, for students embarking on their final year of GCSEs and A-levels in Years 11 and 13, what will exam season 2022 bring? The truth is nothing is certain. Simon Lebus, Ofqual’s Chief Interim Regulator told Radio 4’s Today Programme in May that they were working towards 2022 being an entirely normal year for public examinations. In June, we heard how the government had cut the budget for additional tutoring – dubbed the ‘catch up’ – to make up for so much time lost, from Early Years to GCSEs and beyond.

Chris Ramsey, Head of Whitgift believes, “GCSEs will return in 2022 and not be changed dramatically. Exams at 16+ are deeply ingrained in our education, and actually do a lot of good in focussing pupils.” As for the Sixth Form, Ramsey suggests, “At this time of global uncertainty and ‘big, world issues’, it’s worth noting that the IB offers a unique and powerful values-led Sixth Form curriculum and we are modelling our junior year’s curriculum around the excellent IB values: collaboration, problem- based learning and independent research/ critical thinking.” Seemingly sound advice at a time when students have had to embrace their own learning journey to forge forward with their education. Given the experience of the last 18 months and so much education interrupted, like Putney High’s Longstaff, we’ll be keeping a watching brief.