Search Features
Search Conversations
You are here: Home > Latest Reviews & Features > The resurrection of a 200-year old warehouse, now a beautiful residence by the Thames.

The resurrection of a 200-year old warehouse, now a beautiful residence by the Thames. 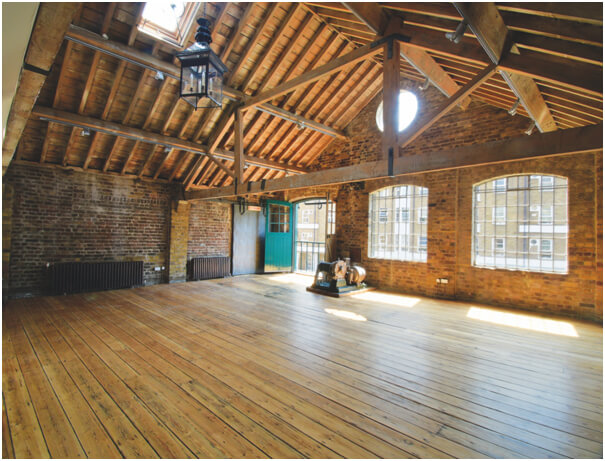 Gold Standard. The principal room at Dunbar Wharf where each floorboard was hand-sanded to preserve the heritage of the 1790s warehouse

Craftsmanship, no matter how beautifully applied, is never enough when reclaiming a venerable old building of historic interest. Sympathy and understanding are the essential if authenticityis to be preserved. When Dunbar Wharf on Limehouse Creek came onto the market, although inherently sound, it needed a great deal of TLC to bring it into the  21st century and to do so without compromising its charm and character.

Dunbar Wharf is a tenacious and surprising survivor of the Blitz. The German bombers scattered bombs over the of Royal Victoria and West India Dockyards, also destroying most of the neigbouring areas of Limehouse, Wapping and Millwall. The decay lasted years after the war until the rival started in the late 1980s, spurred on by the transformation of the docklands area. 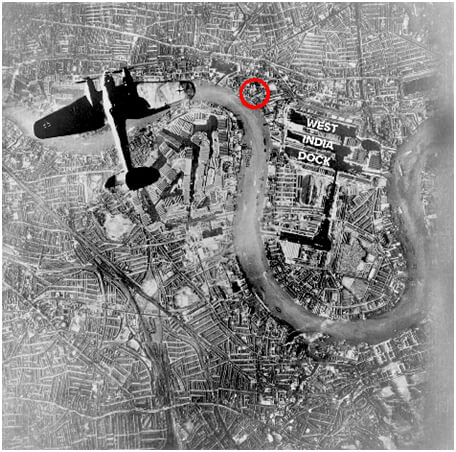 Blitz! A Heinkel bomber on a bombing mission over Limehouse. Dunbar Wharf is circled in red.

The new owners of Dunbar Wharf were delighted with their purchase in 2020 and more than happy to take on the responsibilities of preserving the building’s heritage. Built in the reign of William of Orange, (c1790) Dunbar Wharf was built by a wines and spirits merchant who also founded a brewery nearby. Imported wines were unloaded from ships anchored in the Thames onto lighters (unpowered barges) and thence to their warehouse moorings in the creeks. The cargo was then winched into the warehouses.

Thrifty Scotsman
When the brewer died in 1827, the estate passed to his son, a thrifty Scotsman, Duncan Dunbar. Whilst carrying on the trade left to him by his father, ambition took him far beyond the shores of the British Isles. In time, owned the largest mercantile fleet in Britain.

Crimea, China and beyond
The fleet was mostly used for cargo form places as far away as China but, with an eye for opportunity, he secured a contract with the Government to carry convicts (male and female) to the infamous prisons of Tasmania and Norfolk Island. In another government contract, he delivered thousands of soldiers and supplies to the British forces fighting the Crimean War (1854 to 1856), arguably the most futile conflict of military history.  The slaughter was so terrible that, eventually, the three countries, Britain, France and Russia, agreed to cease hostilities with no party having achieved anything.

When Duncan Dunbar died in March 1862, his estate was valued at £65 million in today’s money. It is interesting that, although Duncan lived in luxury in Paddington, he gives his address at Duncan Wharf in Limehouse for the purposes of his will. Duncan never married and when asked why, replied he was too busy!

Limehouse
Limehouse was a significant port in medieval times and home to many maritime industries – ropemakers, sailmakers, chandlers and so on. In the late 19th century, Chinese immigrants settled in Limehouse close to where they landed. Their opium dens were mentioned by Charles Dickens in The mystery of Edwin Drood and the sinister reputation enhanced by the Fu Manchu novels by Sax Rohmer. Later still, by Peter Ackroyd‘s The Limehouse Golem Serial Murdersendorsed the notoriety. But, there was a romantic side too: in the Roaring Twenties, it inspired the Limehouse Blues featured in Ziegfeld Follies and tapped out by Fred Astaire. 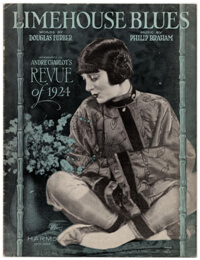 All that jazz.A jaunty twenties number that took East London to Broadway

Fast forward to the present
Having bought the old warehouse, the owners needed the best craftsmen they could find to retain its original character and convert it to a comfortable home. They were pleased with the structural work undertaken by Mallett Construction who recommended HS Wood Flooring to restore the pinewood floors. The job description was very specific: the defects caused by time had to be preserved to ensure the floor’s authenticity. The old wine stains had to remain, the gaps between the floorboards had to be retained (contrary to the modern practice of tightly butting them together), the old winch was to become part of the furniture and the spiral staircase an eccentric design feature of the room.

So, the sanding machines, which would have finished the job in hours, gave way to hard labour! Danny Woodlock and his team spent days on their knees hand sanding to skim the dusty rough surface away. The boards were never exactly level, another feature to be preserved, so brawn as well as sympathetic appreciation was essential. As the days passed, the richness of the floor became evident. After the final coat of clear lacquer, the transformation was nothing short of amazing.

The owners have nothing but the highest praise for Danny Woodlock’s team and their beautiful and painstaking work on the floors.

“The wood floors are a major feature of the property, “ says the owner. “It was important that we find true craftsmen who would have the skills and passion to restore the floors to their best.  Thanks to Danny and his team at HS Wood Flooring, the floors are now breath-taking and glow beautifully in the light.  They really add to the humour and the mood of the building.  When the tide is in, we can hear the soothing sounds of water against the foundations of this lovely old building. This is the place I have been searching for all my life and I am so grateful we are here.” 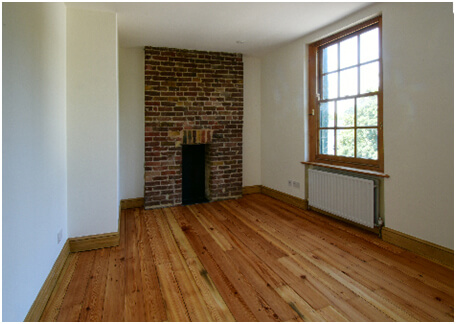 Born again. The bedroom where Duncan Dunbar was born. 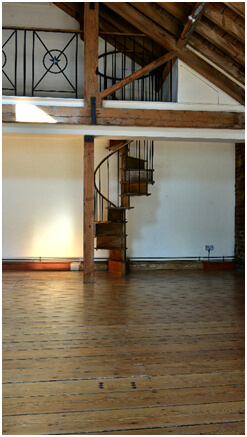 Work of art. The spiral staircase is an integral feature of this beautiful space. 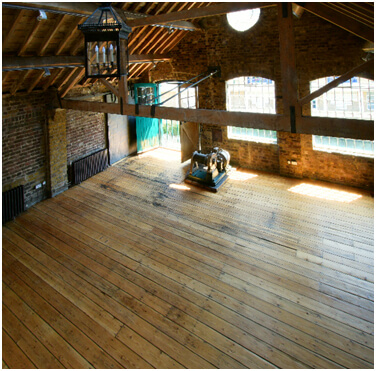 Overview. The balcony view of the renovated old pinewood floor.

How to make ‘working from home’ work for you

Many of us are working from home with less than satisfactory work spaces, and the trend doesn’t look like it’s changing any time ... Read Feature

Does extending your home really pay off?

It happens to us all at some point. With new additions to the family, assorted piles of clutter and working from home like never before, ... Read Feature