We all know how frustrating it not to get a school place in both your local schools. It is now happening for year and years. Form data provided by council I can gather that 10-20% pupils are not local (living more than 1 mile away)

So... I would like to hear all proposals on how council can change a system of admissions to benefit families in catchment area. Please do propose sensible plans & ideas here... Please be proactive & Many thanks in advance!

After reading recent posts, i think we should write to the heads of both schools formally or maybe arrange a meeting with the governing bodies regarding the issue. Hope they can kindly consider a solution, hard one but it is so needed!

JDMummy,
Yes, I'm planning to send emails and letters to school governors as well. (and petition on change.org) But first I would like to agree on our proposal - as mine opinion or proposal could be too extreme for everyone to accept.

Sorry, but I don't think your stats are correct.

From the other thread on this, it appears that for the Honeywell 2012 intake 4 siblings lived greater than 1500m away (a little under a mile) and it was 9 for Belleville. And that is by shortest walking route which really isn't that far.

This makes me think thate there really is not much of an issue here. Most places either go to relatively local siblings who can easily walk to and from school or to people who live within a postage stamp from the school.

Siblings living over 1000m
8
18 - would these be more closer to other schools? Highview or others?

I was more talking that from all siblings -20% are not that local and might be closer to other state school. 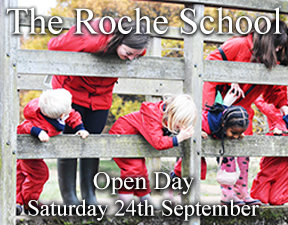 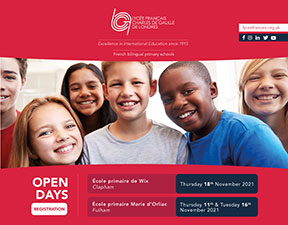 Although 4% and 7.5% siblings (for HW and BV) being out of catchment may sound a fairly low percentage, if you are one of the families who narrowly missed out and eagerly awaits moving up the list, then every single place counts! the schools are so oversubscribed, every place matters and it is still not fair if only a tiny number are not truly local.

i think the schools need to address ALL the issues ( siblings out of area, short term renters, lack of other good school places) which combined would have quite an effect on this crazy catchment situation. i dont think we should be focusing on just one issue in particular.

I think the numbers are might higher than 7-4%, data is only based on year of intake. What I would like to see is data after one year or even half a year after intake - and if it does change dramatically?!
Also 4 siblings for one local family - and none for other seems out of order.

Even though i'm one of the incredibly lucky ones to get in (i OWN a house on honeywell Road!) i would be very happy to sign a petition. We bought the house a few years ago as we wanted our kids to go to a local school. Sadly i see alot of people driving to school in the morning or walking from the toast rack which really doesn't seem fair to me.

i know it's such a tricky issue but i do feel there should be some sort of limit as to how far people can move away to - like Beatrix Potter in Earlsfield.

The issue is so so mch wider than this. Not enough school places, increasing birthrate, global economy situation causing those who went private not to go privte, coupled with mass immigration. The papers say (if to be believed) that in 2018 there will be a shortfall of 200,000 school places!! I am proud that Britian is a very tolerant place for immigrants but there is a price to pay for this with the knock on school effect. I would hate to be in a country where we did not allow people to go to school as they were from another country. There needs to be a solution from the government and I thin the answer is ...unpopular but tax more to build more schools. There isn't enough .

Is it so wrong to ask that people have all the information before assuming they have been greatly wronged?

A bit query might be to ask for greater transparency of admissions.
If it still looks a bit frisky, THEN start asking questions

Conclusions before evidence/data just makes you look a bit wacky. And that might not be fair or accurate at all

I do agree, there is not enough school places.
But - why one family can greatly benefit by sending all their 4 kids to great local school, and other family be disadvantaged by not being able to send even one of their kids to local school?

Scottov - the only piece of data needed is distances of current addresses from the intake 2012/2011 now being on year 1 and 2. Ie. - it will clearly demonstrate if there is any people exploiting the system. Do you think Belleville/ Honeywell or Wandsworth can provide this stats - 1/2 years after intake?

Has anyone considered that the siblings who come from further away may do so because their older brothers or sisters were admitted into the school in later years?

For example, local family decides to move out of London. This creates a vacancy in, say, Year 3. No-one local wants this space, their kids are all established in schools already. So the place goes to a child further away, perhaps a bus or car journey's distance. Perfectly legitimate. That child's younger sibling reaches reception age and therefore has some priority under current admissions.

Would it be right to change things so that sibling doesn't get a place? It would be okay to get a family to fill a vacancy higher up the school and travel for the privilege, but not for the next child to come too?

There's a good chance that the problem could be around infant school places rather than primary as a whole. That's something I would like to see the council do some research into.

excitera wrote:Scottov - the only piece of data needed is distances of current addresses from the intake 2012/2011 now being on year 1 and 2. Ie. - it will clearly demonstrate if there is any people exploiting the system. Do you think Belleville/ Honeywell or Wandsworth can provide this stats - 1/2 years after intake?

That's where you are wrong.

Just like you claims of double counting. as has been shown most places are taken up by siblings, not half cocked silly ideas about renters

I'm sorry to say that the only petition I would be signing would be one for more school places in areas in need.
There is little point in fannying around with such tiny percentages re siblings. The main issue is that there are not enough local schools.
Thank goodness someone had the foresight to start looking into secondary education and set up the Bollingbroke, although I still see a vast car crash on the horizon when this baby boom hits year 7.